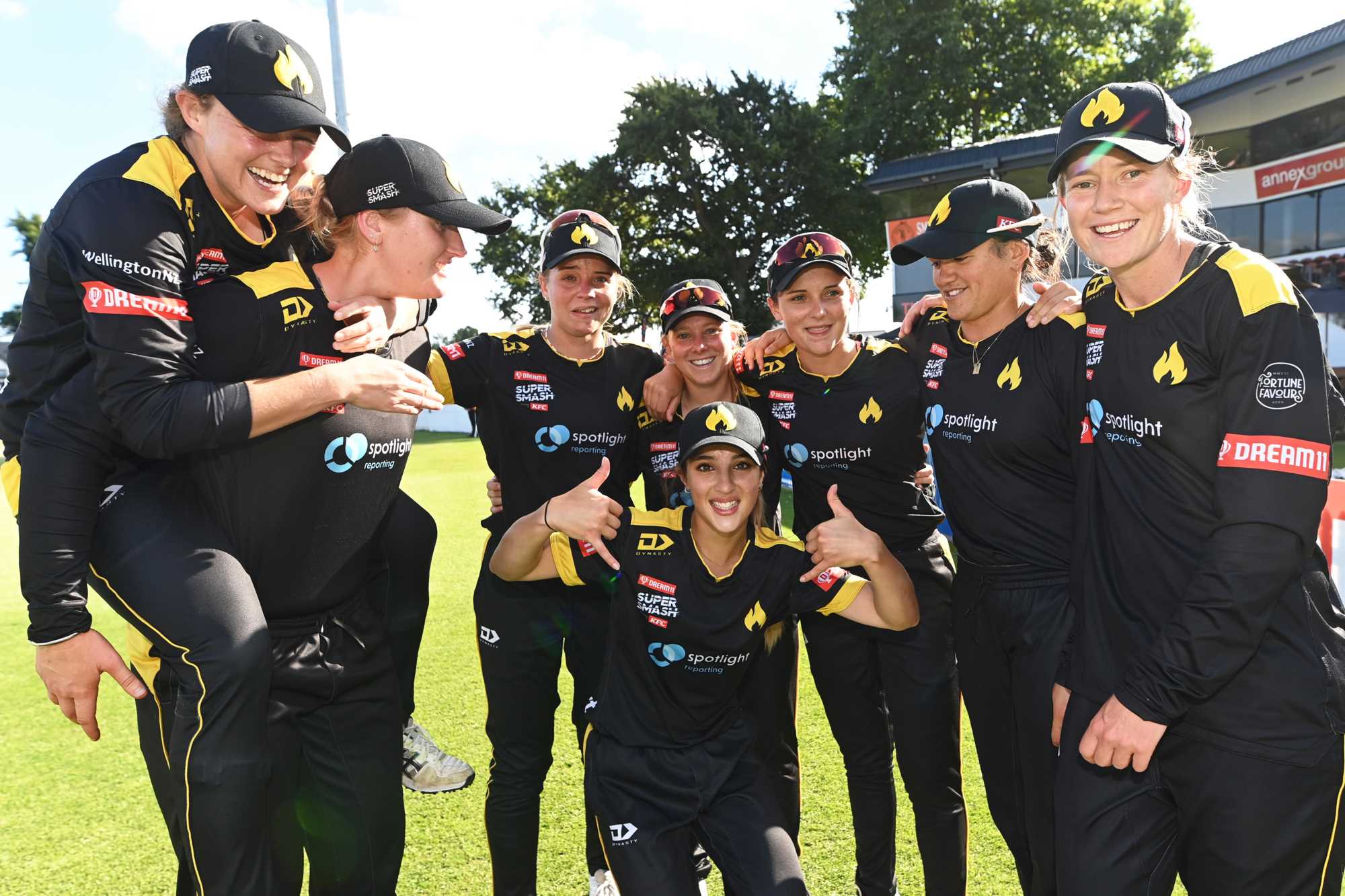 New Zealand’s professional women’s and men’s cricketers will receive the same pay for the same work on the same day, in a landmark agreement struck between NZC, the six Major Associations, and the New Zealand Cricket Players Association.

The five-year deal, the first in which the men’s and women’s professional environments have been combined in one agreement, will see the WHITE FERNS and domestic women’s players receiving the same match fees as the men across all their formats and competitions.

NZC, the NZCPA and the six Major Associations worked towards a pay equity framework with the advice of gender pay expert, Yolanda Beattie.

The improved pay and conditions are part of an agreement calculated on the country’s men’s and women’s professional players receiving 29.75% of all NZC forecast revenue over five years ($349m), expected to amount to $104m.

The agreement sees the total number of women’s domestic contracts increase from 54 to 72, all positioned as a secondary work commitment with restricted obligations, to enable players to retain full-time employment and/or study commitments.

In addition, the number of domestic women’s annual contracts will be increased from nine to twelve per team, and an annual women’s North v South series for emerging international players will be introduced, complementing the existing development programmes.

New Zealand’s professional men’s players, whose match fees at T20I, ODI, Ford Trophy, and Dream11 Super Smash level will be the same as the women, will earn higher retainers, based on the increased number of matches played, formats contested, and time spent training and playing.

They will retain their ability to play in overseas leagues, including the IPL.

Another significant enhancement of the new Master Agreement will be a bigger funding envelope for the NZCPA’s support services, allowing it to increase investment in (amongst other areas) its Personal Development Programme, particularly in terms of ensuring women’s domestic players are offered the same level of support as the domestic men, BLACKCAPS, and WHITE FERNS.

The agreement, to commence on August 1, also seeks to ensure professional women’s players receive equity in matters such as travel and accommodation, and the wider playing and training environment.

It retains the pregnancy and childcare provisions contained in the existing agreements.

“I want to thank and congratulate the players and the Major Associations for their part in reaching such a significant agreement,” he said.

“This is the most important agreement in our sport, as it binds NZC, the Major Associations, and our players at the hip, and sets the foundation to fund, grow and develop cricket.

“It’s been a collaborative yet very robust negotiation.

“Importantly, it represents a significant step forward as we continue to grow our investment in women’s cricket.

Mr White said that, over the corresponding five-year period, NZC and the six Major Associations had also committed to additional investment in the community game.

NZCPA chief executive Heath Mills was delighted both the men’s and women’s professional players were now part of the same agreement.

“We’re thrilled to now have one agreement that includes our entire playing group,” he said.

“The new agreement ensures the players are well rewarded for what they bring to the game and, importantly, are supported through increased investment in personal development and well-being programmes.

“To complete such an important negotiation in the manner we have speaks volumes of the spirit of the partnership.”

Northern Districts chief executive Ben MacCormack, who was one of the Major Associations’ representatives, said the increased resourcing of the domestic game was a focus of the negotiations.

“We’re very pleased,” he said. “It was critical we took a further step towards supporting domestic players, and particularly our women cricketers.

“This is huge for the future of cricket in this country, and we’re just thrilled for both sets of domestic players in terms of the progress made.”

“It’s great for the international and domestic women players to be recognised in the same agreement, alongside the men.

“It’s a massive step forward and will be a huge drawcard for young women and girls.”

BLACKCAPS skipper Kane Williamson said it was an exciting time for the sport.

“It’s really important for the current players to build on the legacy of those who have gone before us, and to support tomorrow’s players, both men and women, at all levels.

“This agreement goes a long way towards achieving that.”