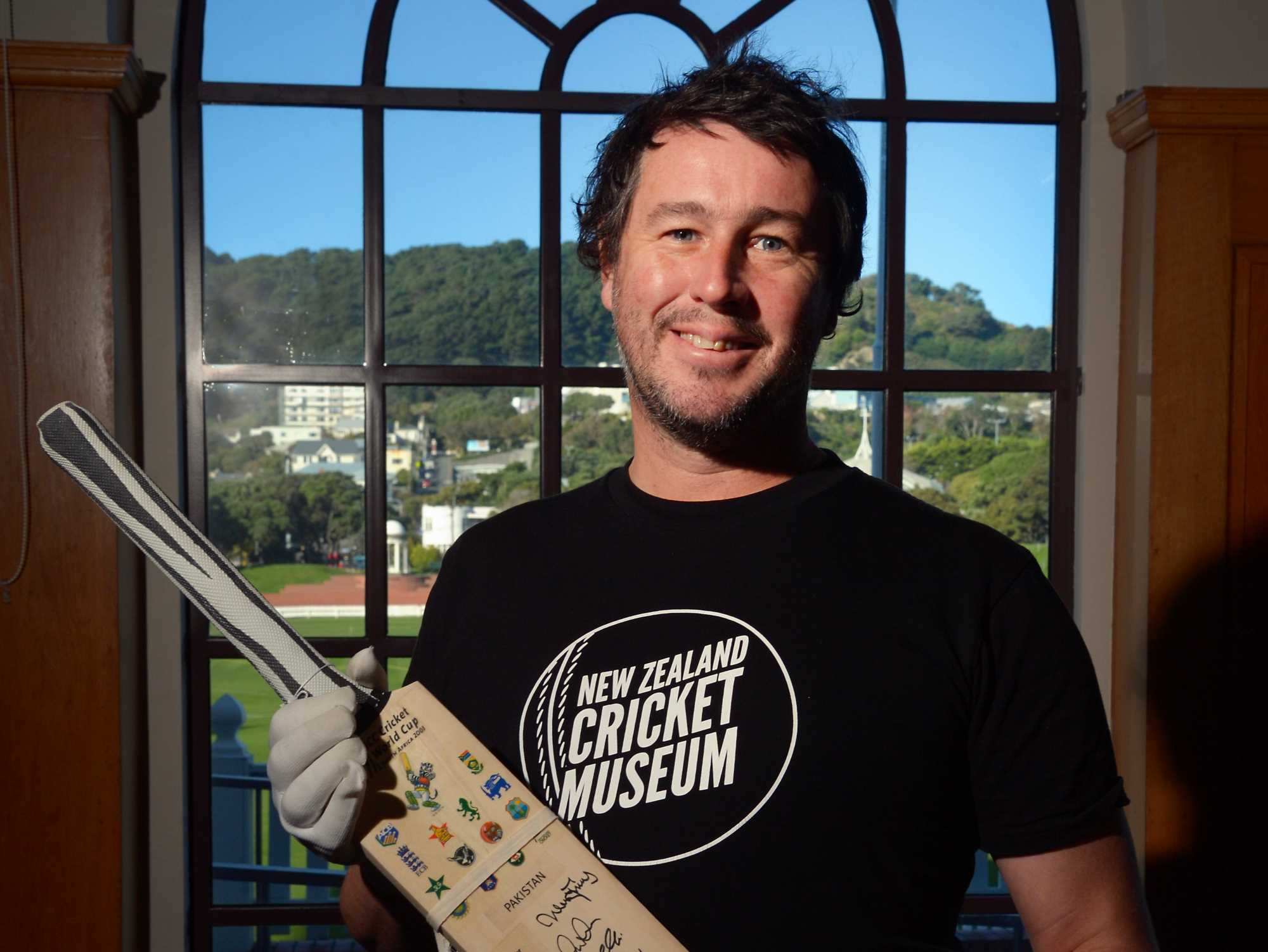 When the New Zealand Cricket Museum closed its doors in early 2019 for earthquake strengthening, the Museum and its collection faced an uncertain future.

Fast forward two years and the Museum has been brought back to life, transformed from the original Museum that stood since 1987 into a modern, visually compelling space filled with stories and memoirs from some of New Zealand cricket’s most memorable moments.

Behind the transformation is the museum’s curator, Owen Mann, who will move on from his role this month after two years of tireless effort to bring the tales of our great game back home.

“The whole experience has been one big highlight,” said Mann, who was charged with returning the museum’s collection back to its original home and helping realise a new Museum experience for its visitors.

“It’s been a hard project with many challenges but also some really memorable moments and rewards.

“To have played a part in reimagining the memories and objects that form the New Zealand cricket story and to see the museum in action, telling those stories is special.

Returning 30,000 items from places as far as Bill Richardson Transport World in Invercargill was no mean feat, and with an initial reopening date of late 2020, Owen was put straight to work.

His tireless work alongside David Hepplethwaite and the team at Art of Fact who designed the new exhibition did not go unnoticed and soon the museum had a new look to capture the imagination of cricket fans young and old.

Owen and David’s vision was to position cricket as a force for good through the museum.

Owen worked with individuals and icons from in and around the world of cricket, including Paul Ford who told the story of the Beige Brigade, Trish McKelvey on scoring the first test century for the NZ women’s team and professional players Amelia Kerr, Martin Guptill and Rachin Ravindra who gave visitors tips on how to improve their own cricket craft.

“I really love producing films with people and seeing how their stories can be told through video. Our videographer Hamish Johns did a fantastic job of capturing their stories that can now be viewed throughout the museum and online.

“It’s been a real highlight getting to meet, interview and include in the exhibition such a range of interesting cricket people and I think being able to tell these stories on video for anyone who visits the museum to see, really brings out the colour of the tale.

“One aspect of the Museum which has been important to Art of Fact and myself was incorporating Māori language into the exhibition text.

"It is exciting for me to see paragraphs that include the Te Reo word alongside the English version when conveying the key theme.

"We really want to be a museum that is inclusive and celebratory of New Zealand.

“I really endeavoured to include a diverse range of stories celebrating everything from blind cricket, kilikiti, the impact of South Asian and South African kiwis on the story amongst others with the hope that people from different background and levels of interest and understanding of cricket will get something out of this space.

“We have some historic and pretty special objects in the museum like the third oldest cricket bat in the world and memorabilia and artifacts from some of the most famous matches and tours.

“But for me the highlight would have to be the recent acquisition of Ajaz Patel’s shoes that he wore when he became only the third person to claim ten wickets in the innings, plus he gave us the ball from the second innings.

“It is such an amazing story, a boy from Mumbai returning to put on a performance like that, it really encapsulates the spirit of cricket.

“It’s also great to show current players that we’re not just about old stories but also celebrating events and achievements that are happening right now.

COVID and other challenges saw the original reopening date pushed back until December 2021, but it was open in time for the world to see during the recent ICC Women’s Cricket World Cup.

“The COVID pandemic has been a real challenge. It meant the design team that was Auckland based were very rarely on-site due to the lockdowns.

“Once we were open, our visitor engagement has been limited and we lost the Test match last season which would have been a huge week for the Museum.

“The World Cup was definitely a highlight, great exposure for the Museum with numerous mentions by broadcasters and really decent numbers through the space.

“It was also great to be part of such a successfully run tournament and see the growth of the women’s game so clearly shown to the world, and that is something we want to showcase in the museum as well.

“The energy and focus will now be on developing the online experience for the Museum.

“It is essential for people to see a real vibrant website that matches and supplements the exhibitions and collections.

“Furthermore, we need to build on the work done with public programmes that engage with the communities of New Zealand.

Owen will return to Government House next month to work on a project researching the history of some of the objects at the house and recording the stories of staff from the past.