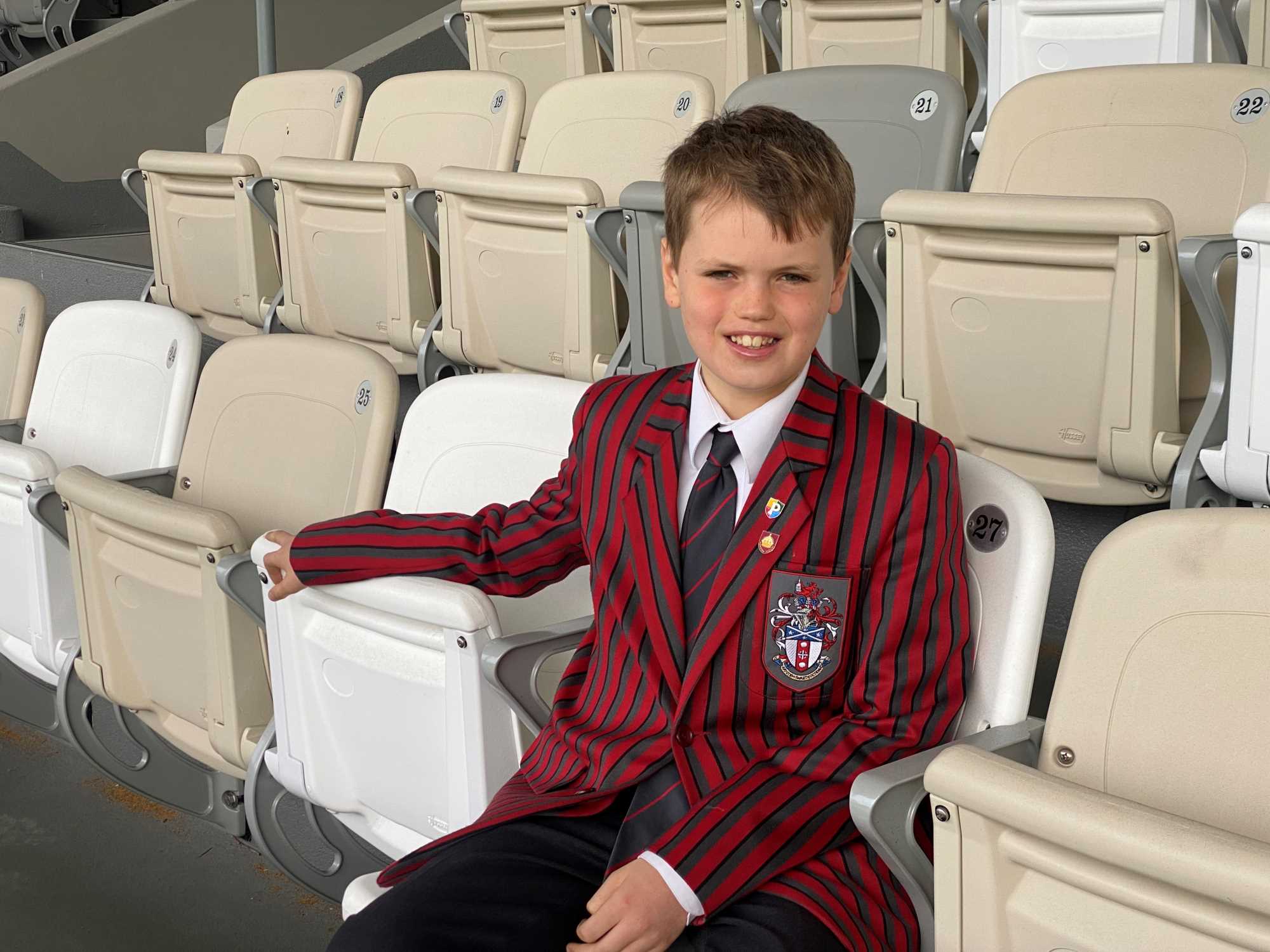 The 12-year-old cricket nut has recently completed a cricket equipment drive at his school, encouraging fellow students to donate old cricket gear they no longer use to be donated to children who may not be able to afford it.

Tom said he was motivated to do the equipment drive after researching the costs of cricket gear and where it came from.

“I noticed that most cricket gear comes from overseas, none of it really comes from New Zealand, which make it more expensive,” Coulter said.

“As you get older it gets more and more expensive and when you’re quite young, you grow so quickly, so every season you need new gear.

“I wanted to donate old cricket gear so that other kids could use it so that the cost of cricket gear doesn’t become a barrier to playing.”

The project, a part of Tom’s Year 6 curriculum centered around taking action to make meaningful change, was a resounding success with three bags of old cricket gear donated to Cricket Wellington, including bats, balls, gloves, and cricket shoes.

Tom, who plays for Onslow Junior Cricket Club, was overwhelmed with the amount of equipment donated and hoped it would keep more kids playing cricket.

“I’d like to keep doing stuff like this and maybe clubs and schools could also do it so more people can keep playing cricket,” he said.

“Sport makes me happy, so the more I can do to help other people have the same opportunities to play that I have, the better.”

Last year Cricket Wellington, along with several other sports organisations in Wellington, partnered with Nuku Ora and the Wellington City Mission to help deliver four Community Sports Banks around Wellington.

Nuku Ora identify costs of equipment as one of three main barriers to people engaging in sport, and the banks provide drop-off points for unused or outgrown sports gear to be picked up and used by families that would otherwise not be able to afford it

Cricket Wellington head of community cricket Matt Wills said his team placed emphasis on making cricket as accessible as possible for participants of all ages and backgrounds.

“We know that sports fees and equipment costs can often be a barrier to people getting involved in sport,” he said.

“Community Sports Banks are a vital resource, especially for participants who may be trying cricket for the first time and aren’t one hundred percent sure yet that cricket is the sport for them.

“Tom’s work on his own equipment drive, shows how important it is that we support participants to keep playing cricket and we are confident that the work Cricket Wellington our clubs are doing provides the best support to keep people involved in our great game.”

Tom says he would like to keep developing his project and would like to install a full-time cricket donation box at his Onslow Cricket Club.