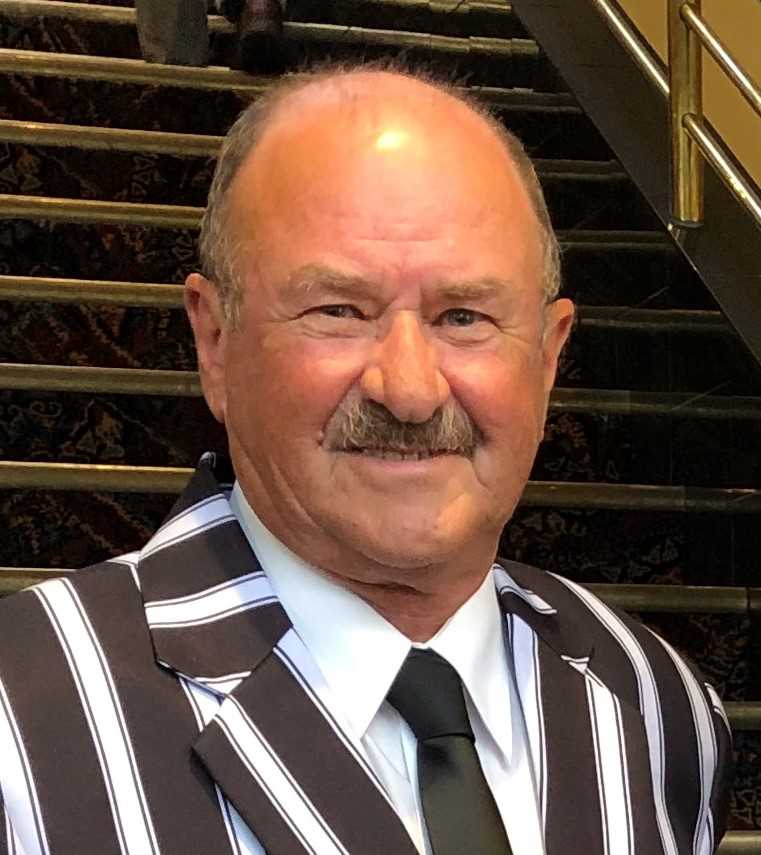 Cricket Wellington would like to acknowledge Grant Baker's incredible commitment and service to his community which recently saw him awarded the Queen's Service Medal.

We caught up with Grant to talk about his work in the cricket community.

You’ve been recognised for your significant service to cricket in both Wellington and the nation as a whole. What achievement/s are you most proud of?

Having been involved in club cricket most of my life and having played Golden Oldies and Vintage Cricket around the world, I was thrilled when Tawa Turtles were asked to run the sixth International Vintage Cricket tournament here in Wellington in 2012. I led the team that organised the tournament and then, with Ewen Chatfield, we set up the Vintage Grade with support from Cricket Wellington. The next step was to get a proper competition going across New Zealand so that age group teams could participate in Australian Veterans Cricket tournaments. This led to Veterans Cricket being established across all six major associations, major association tournaments and then selection of Over 50, Over 60 and Over 70 New Zealand teams.  I then set up the Veterans Cricket New Zealand Charitable Trust to administer senior age group cricket across New Zealand with a partnership agreement with New Zealand Cricket. It has been great to see the number of aged cricketers who have now reinvigorated themselves and extended their playing careers as Veteran Cricketers with the opportunity to represent their major association at national tournaments and for New Zealand against overseas teams.

Your journey started as a member of the board of Tawa Cricket. How did this come about and what were your motivations for joining the board?

I moved to Tawa in the early 1980's and with four boys all keen to play cricket I took over as the junior convenor for Tawa Cricket and then started playing again which led to being on the Tawa Cricket Club Board. I followed my parent's example of giving back to the community and society in whatever you involve yourself in and hence getting involved with the Tawa Cricket Club board just happened.  I’ve always been good at looking at what is needed both now and in the future and prepared to do the work to achieve progress.

You worked with Wellington Cricket Association from 1993 to 1997 and carried out a review of the Wellington and Hutt Valley associations which resulted in a merger. That must have been a big piece of work. Can you tell us about that process?

I was on the WCA board from the late 1980’s initially as the junior convenor and as a full board member from 1993. With my work experience and cricket experience at Tawa I completed a review of club cricket with Ian Taylor which ultimately led to the merger of Hutt and Wellington Cricket and also led to merging of some club teams that were struggling at the time.

Your work with Vintage Cricket and the Veterans Cricket New Zealand Charitable Trust have seen you support older people to stay in sport and even compete internationally. What part of that role do you enjoy the most?

It’s great to see seasoned club players seize the opportunity to represent their major association later in their career and then go on to represent New Zealand against the Australians. The pride we have when we don the New Zealand uniform and representing our country is extremely uplifting.

I have been privileged to represent New Zealand Over 60s at the Australian State Championships from 2012 and more recently the NZ Over 70s.

Organising the original tournaments that got VCNZ up and going was hard work but was also self-fulfilling and getting the Charitable Trust in place ensures that Veterans cricket is here to stay and grow.

I’ve been very fortunate to have a very supportive wife Margaret and while I'm very busy in my work life,  I've always found time for giving back to the communities that I lived in. I suppose it was a way of life that I had been brought up with and I just found time for everything. I also enjoyed the achievements that arose from the community.

Cricket is obviously a big part of your life. What are you other passions outside of cricket?

I am passionate about our environment, my local community, my own faith, development of youth, travel, family and golf. I have been able to give back to each of these passions and will continue to do so as and when I can.

You are someone who likes to get things done! Where do you see the next five years taking you?

It's more difficult to look forward in our current COVID-19 world due to the many restrictions that currently exist, but I would hope that we can again start travelling overseas in the next little while and trips to Australia for cricket and the rest of the world to visit more places on my wish list.

I’ll continue to be involved with VCNZ at board level but also slowly step away and let the newer players lead us into the future.

My other board activities include Y Central, St Theresa’s Church and Manor Park Golf.

It’s so important that people are involved in their communities and sport is a great way to do that. Do you have advice for someone who is just starting out supporting their local community sports club?

Everyone has the ability to give back to the community or sports club that they belong to. Getting involved gave me the opportunity to use the skills and competence I had through my roles at work and strengthen the Tawa Cricket Club while at the same time I was getting more experience with governance skills. It also gives you a great buzz when things work out for the betterment of the club.

I would encourage anyone who is involved with a community group or sports club to support their club through active involvement either through their committees or coaching programmes and the results you will achieve will be fulfilling for the individual and the club.