Blaze and Firebirds to show their S’PORT 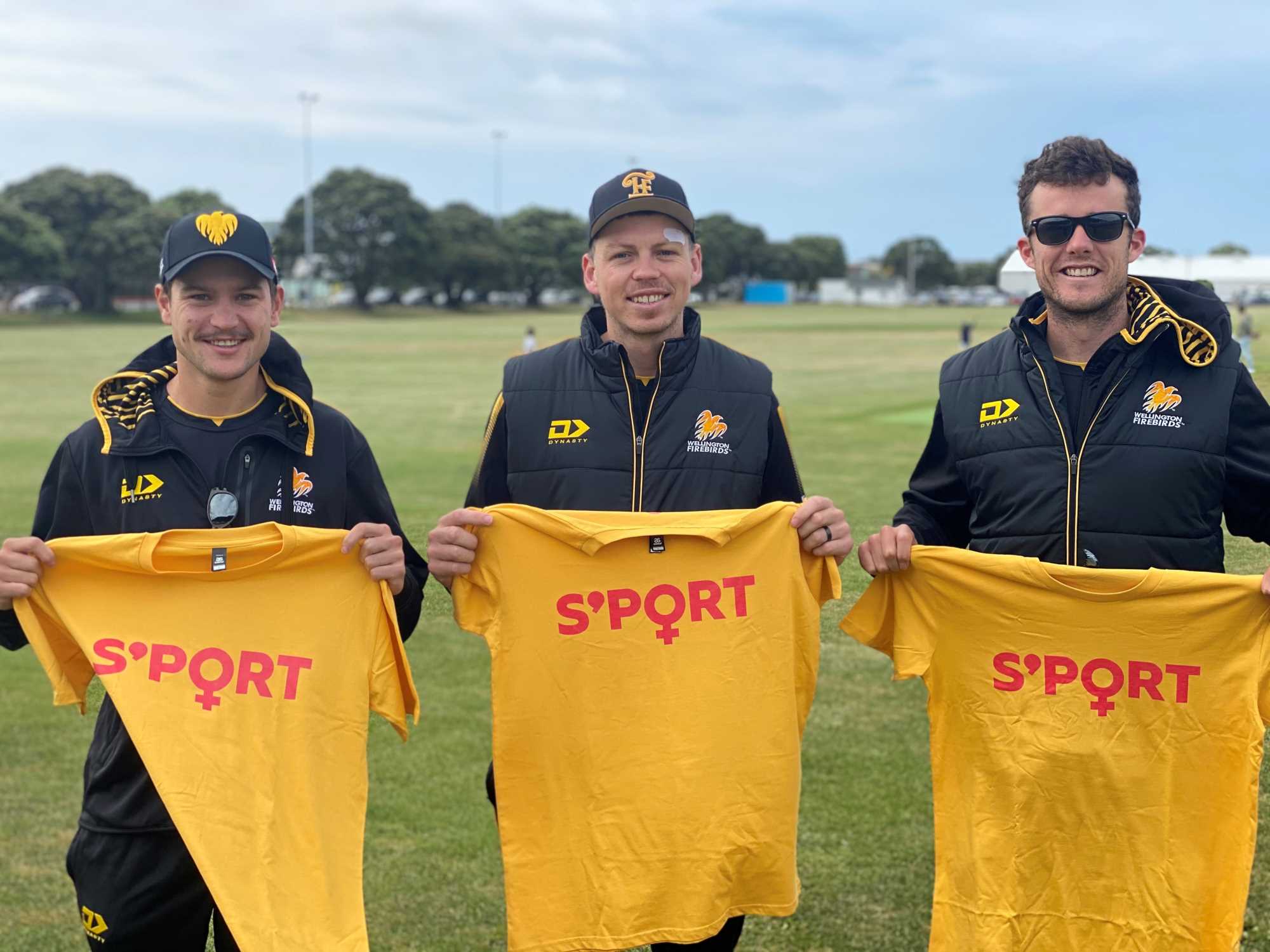 The Wellington Blaze and Firebirds will show their support for Women’s Sport in a massive weekend of Dream11 Super Smash cricket this Wellington Anniversary Weekend.

On Sunday and Monday Cricket Wellington will launch the S’PORT initiative to demonstrate the importance of women’s sport and why women’s sports teams like the Blaze are 100% worth supporting.

The initiative, launched to raise awareness of women’s sports athletes and teams around the world, is in-line with the government's and Sport New Zealand’s emphasis on the critical role and importance for women and girls to remain active in sport at all levels.

Cricket Wellington general manager Liz Green said the organisation was all in on showing its support for women’s sport and female athletes around the country.

“We are committed to advocating for the amazing female athletes we have in our sport and ensuring they get the support they deserve,” she said.

“Importantly, our Firebirds are also huge advocates for the female game and love to support our female athletes as they do their thing. As an organisation, we are 100% behind women’s sport!”

Wellington Blaze allrounder Sophie Devine said she was looking forward to being a part of the initiative and highlighted the importance of advocating for women's sport at all levels.

“I’m incredibly proud to be a female athlete and equally as proud of the way that Cricket Wellington has always supported the female game here in Wellington,” she said.

“This weekend’s games are another opportunity to get behind not just women’s cricket but all women’s sport as it is 100% worth supporting!

"We all have an important role to play to inspire not just the next generation of girls and women but boys and men too. So if you can’t get to a game there is still plenty of other ways to show your S’PORT for women’s sport!”

“Women’s sport is on the rise around the world so we’re really proud as an organisation and as the Firebirds to support such an awesome initiative,” he said.

"It’s always a pleasure to represent Wellington alongside the Blaze and we’re looking forward to supporting women’s sport alongside them this weekend.”

Both the Blaze and Firebirds go into the weekend on top of their respective Dream11 Super Smash ladders and know two wins out of two for each team will take them one step closer to another double-header grand final at the Basin Reserve in February.

The Blaze make two changes to the squad which beat the Canterbury Magicians in Christchurch last weekend – Rebecca Burns drops out of the squad due to an ankle injury and is replaced by Beth Molony.

Natasha Codyre, who was named in the first ever New Zealand Under-19 Women’s team midweek, is also included and could make her Super Smash debut if selected in the eleven.

The Firebirds will be out to make up for their first defeat of the competition against Canterbury last time out and will do so without the services of Jimmy Neesham who picked up a finger injury last weekend.

Neesham’s absence is the only change to an otherwise settled squad that will be looking to continue it’s strong home form at the Basin Reserve.

The Firebirds have won their last three Super Smash matches at the Basin Reserve, their longest home winning run in the competition.

Play gets underway at the Basin Reserve at 11.10am tomorrow – and 11.40pm on Wellington Anniversary Day.