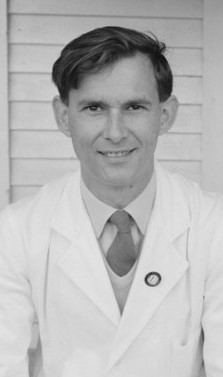 Dennis Copps was a humble civil servant and equally as modest on the cricket field, where he rose to become an international Test umpire.

Some of Copps’ former umpiring colleagues and players paid tribute to his calm and professional demeanor which saw him stand in in 13 Test matches, 36 first-class matches and hundreds of club cricket matches in Wellington and throughout New Zealand for 22 years between 1956 and 1978.

“He was not only extremely good, but was fortunate to be in the Wellington association that, at the time, had other excellent umpires such as Jack Cowie, Trevor Martin and Eric Tindill, who also officiated Tests.

“I could not recall Dennis being on the wrong side of umpiring at all and as a result, he always had the complete confidence of players on the field.”

Although former New Zealand all-rounder Bruce Taylor always found him to always be fair, he never held any grudge towards him after giving him run out on 92, during an unofficial Test against the touring Australian B side at New Plymouth in 1967.

“It was my own fault anyway, but overall, I always found him easy going and easy to get on with.”

As Copps neared the end of his first-class career in 1975 (which began in 1960 and ended in 1977), he stood in a game at the Basin Reserve with future Test umpire Steve Woodward.

Woodward remembered the occasion well as it was his representative debut.

“He was an incredibly laid back character in that nothing bothered or fazed him. I can remember that on my Wellington debut, Dennis just said to me before the match ‘you just spend this game about two feet behind me when we are off the field and I will do all the talking to the players and captains so you can listen and learn.' He was that sort of a guy.”

Another area Woodward remembered Copps for was for his generosity during the time that he was on the first class examination panel.

“I was a Hutt Valley umpire so had to travel into Wellington and have the exam in one of the dungeon rooms inside the old Basin Reserve stand. Dennis advised me to take it easy, stick it all down on paper and that I will then be fine.

“So I did the exam and talked to Dennis about it afterwards. He asked me how I thought I went and told him it would be touch and go, to which Dennis replied, ‘we will see’. The pass mark for written exams in those days was 75% and I got 74. I was rung up by Dennis and was told of the final mark before fully expecting that I would have to sit it again the following year. However, Dennis said ‘I’ll find a mark for you and amazingly he did and as a result sneaked me through.”

Copps was born in the South London district of Tooting and after leaving school at the young age of 14, he joined the Admiralty. Around this time, he developed both a great love of football, (which he also went on to referee), and cricket, although in the case of the latter, he later self-proclaimed that he was hopeless at it as far as being a player was concerned. As his home town was under the target of German bombers during World War Two, Copps was evacuated to the Somerset seaside town of Weston Super Mare, before coming back home again, after ironically the place he was staying at, fell victim to the bombing.

In 1954 he married Christine Rattee and following some advice from his New Plymouth-based maternal uncle Charles Carey, the young couple sailed to New Zealand two years later to take up a new life.

After originally living in New Plymouth, the Copps’ moved to Wellington, and there he joined the Inland Revenue followed by the Department of Customs in 1961, which saw him rise to being director of Administration and General Services.

Copps joined the Wellington Cricket Umpires Association in 1956 and such was his knowledge around the laws of the game and command of respect of respect on the field, that he made his first class debut just four years later on Christmas eve between Wellington and Central Districts at the Basin Reserve.

His Test debut was in 1965 between New Zealand and Pakistan at the Basin Reserve, and over the next 12 years, officiated in 12 more Tests, including nine between 1973 and his last year of 1977, before standing down at the age of 48. His longevity in the game resulted in him being elected an honorary Vice President of the then named Wellington Cricket Association; a title he held until his passing.

Off the field, Copps was secretary of the New Zealand Cricket Umpires Association between 1964 and 1974, as well as holding the same role for a few years with the Wellington association along with being an examiner. He was also a deep thinker of cricket’s laws and in a 1974 issue of the Cricket Player magazine, wrote a comprehensive article around thoughts of the leg before law.

After retiring from Customs in 1987, he and Christine moved to the Kapiti Coast and there he joined the Paraparaumu Golf Club. Like his cricket playing ability, Copps had modest success on the golf course, but occasionally shone through with some outstanding games.

He is survived by Christine along with his sons Geoff and Graham, five grandchildren and one great grandson.