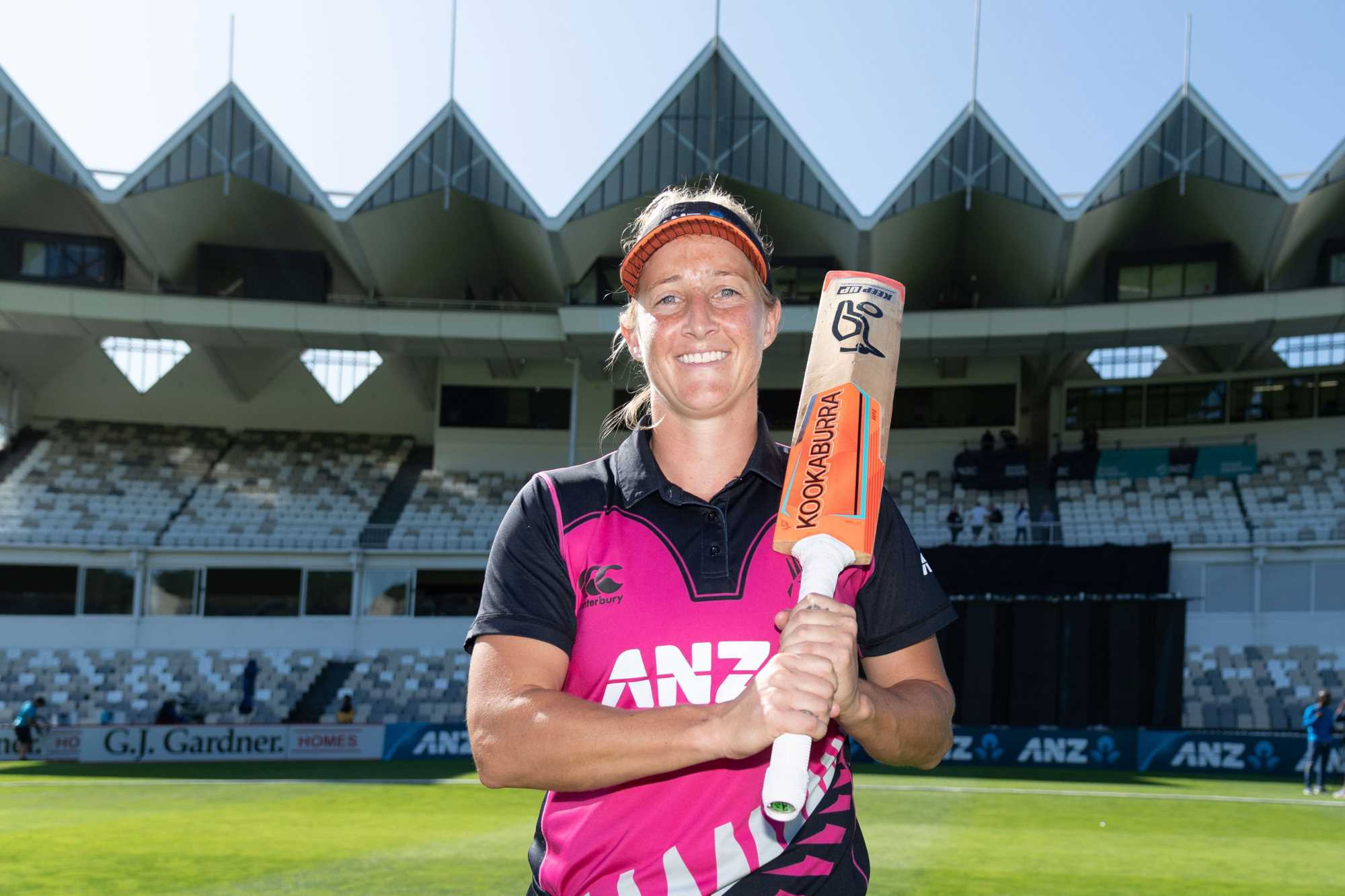 White Ferns captain Sophie Devine in front of the RA Vance stand during the ANZ 20/20 series match between the White Ferns and South Africa at the Basin Reserve on Monday the 10th of February 2020. Copyright Photo by Marty Melville / www.Photosport.nz

Wellington Blaze and WHITE FERNS captain Sophie Devine has been named the ANZ International T20 Women's Player of the Year as part of a live virtual awards ceremony at the ANZ New Zealand Cricket Awards this morning.

It was the continuation of a blockbuster T20 summer for Devine who was the obvious choice for the award, scoring her maiden T20 century while also becoming the first player, male or female, to reach 50 in five, and then six, consecutive T20 Internationals.

“What can I say? Sophie had an exceptional season with the bat in T20 cricket,” Carter said.

Devine scored 429 runs at an average of 71 and at a strike-rate of 132 – employing a power game that rivals the best female players in the world.

“Our T20 side is at its best when Sophie is scoring runs at the top. She gives others around her the freedom to play their natural game,” Carter said.

“Sophie’s ability with the ball in T20 cricket goes under the radar at times. She will often step up and bowl the hard overs and uses changes of pace to her advantage.

“She is a top quality all-rounder and an exceptional T20 talent.”

Tomorrow is the fourth and final day of the ANZ New Zealand Cricket Awards where we wrap up with more top accolades, including the ANZ International Test Player of the Year, the G.J. Gardner Homes New Zealand Umpire of the Year and the supreme award, the Sir Richard Hadlee Medal.