Wellington double in Super Smash Player of the Year titles 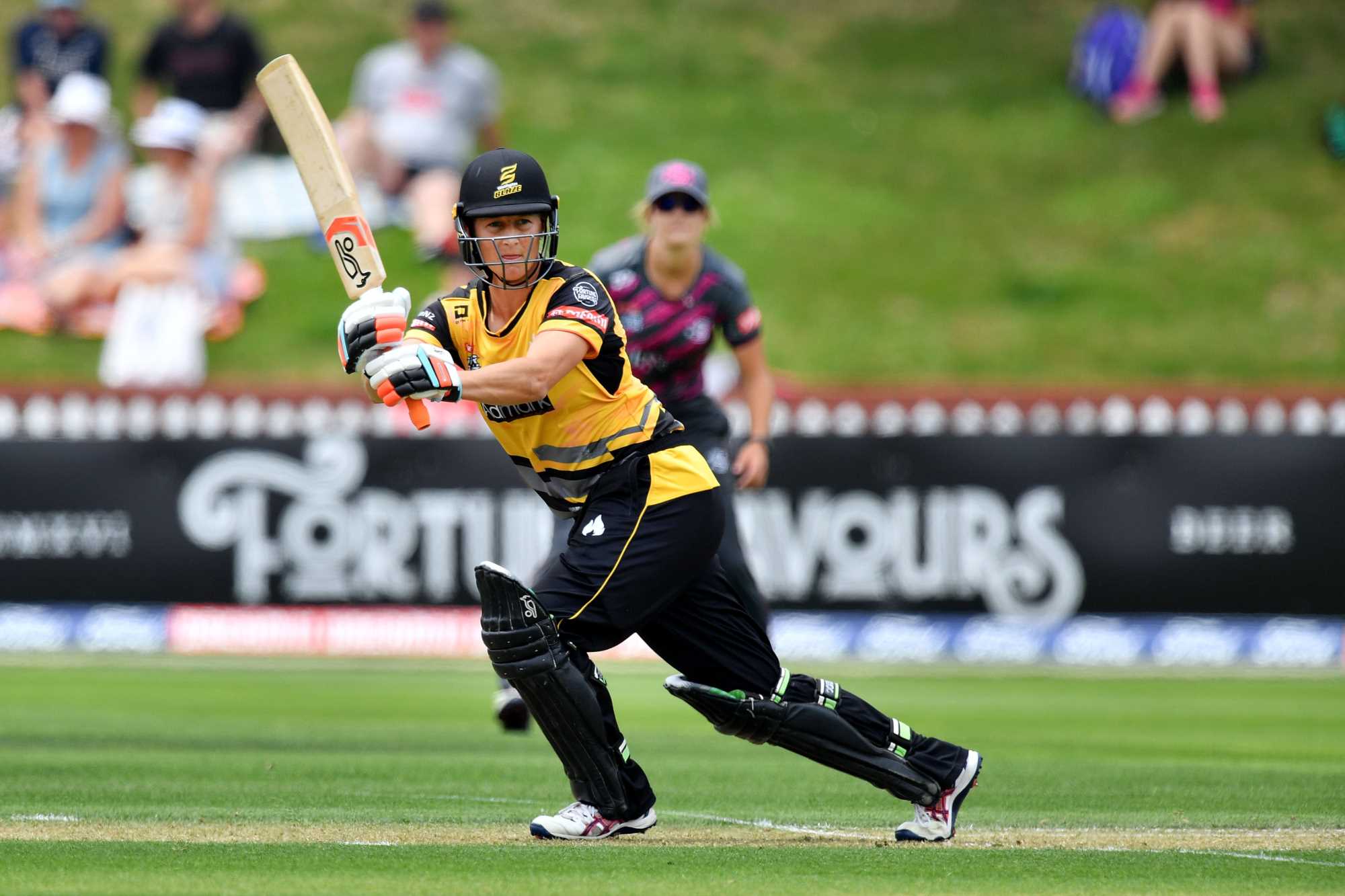 Blaze's captain Sophie Devine plays a shot during the Super Smash cricket match between the Wellington Blaze and Northern Spirit at the Basin Reserve on Friday the 3rd of January 2020. Copyright Photo by Marty Melville / www.Photosport.nz

Sophie Devine and Devon Conway made it a Wellington double by taking out the Dream11 Super Smash Player of the Year titles on the opening day of the 2020 ANZ New Zealand Cricket Awards.

The WHITE FERNS captain Devine spearheaded the Blaze’s run to their third straight T20 title with 365 runs and 12 wickets, topping the six-hitting table (25) and strike-rate charts (184.5) in both the men and women’s competitions.

“It was a fantastic effort from the team,” reflected Devine.

“We knew there was the pressure of expectation on us and to go through the season unbeaten was really satisfying.

“It was a pleasing season for me personally. I don’t set goals to hit the most sixes but that’s certainly my style of play and from a captaincy point of view I think it’s good to lead from the front and be aggressive.

“Any time you get to score a century is special and certainly to do it in a T20 was pretty cool.”

Devine said the current lockdown restrictions were limiting but that all the players were doing their best to prepare and train as well they could.

“Everyone’s health has to come first at the moment so as players it’s about keeping ourselves physically and mentally ready to go for whenever the moment may come when we can play again.”

The Blaze T20 title winning exploits were backed up on the same day at the Basin Reserve by their male counterparts the Firebirds, who downed the Auckland Aces by 22 runs to seal a capital city double.

As he had done all season, left-hand opening batsman Devon Conway led the way in the final, top-scoring for his side as he finished the competition with a commanding total of 543 runs at an average of 67, including a century against the Otago Volts.

“I really enjoyed batting up the order this year,” said Conway.

“T20 can be a bit hit and miss at times, but we managed to put together a really consistent campaign full of memories I’ll cherish.

“The final was such a special day. To see all the Wellington people who came out and braved the weather to be at the Basin Reserve to watch both the Blaze and the Firebirds claim victory was just awesome.”

The ANZ New Zealand Cricket Awards, presented electronically for the first time due to Covid-19 restrictions, continue tomorrow from 11am with the First Class and domestic batting and bowling trophies presented along with the overall Domestic Player of the Year awards.