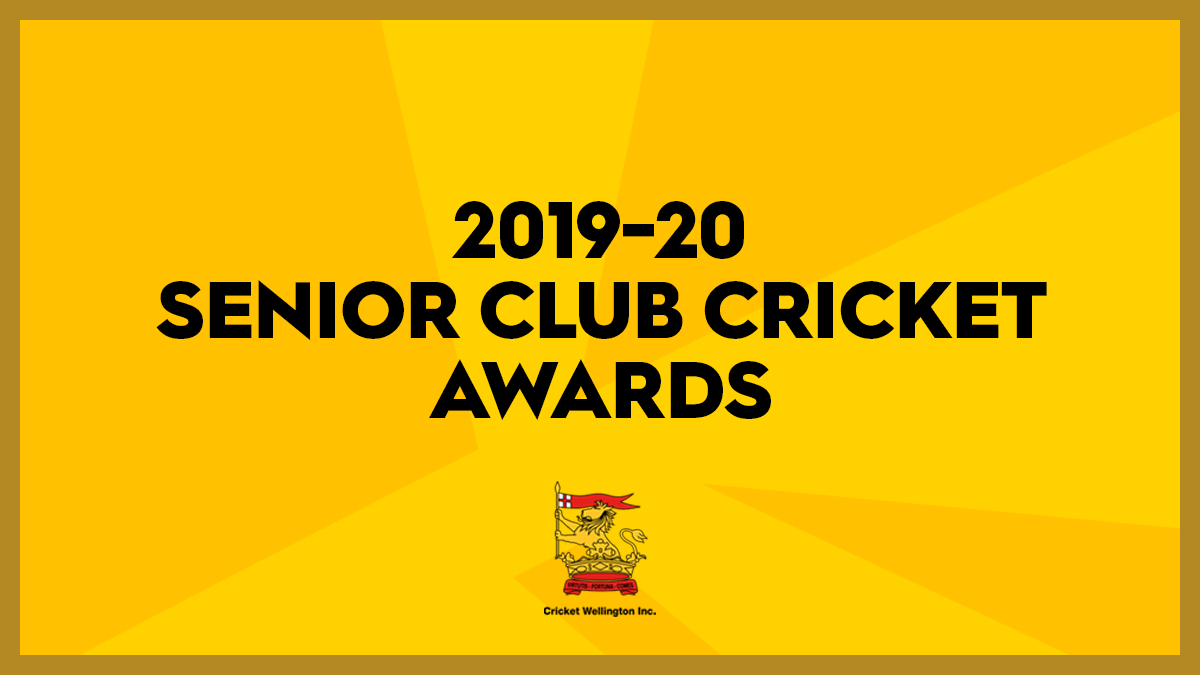 Hutt District Cricket Club’s Brett Johnson and Bethany Trethewey have been named the 2019-20 Men’s and Women’s Wellington Senior Club Cricketer’s of the Year.

Trethewey enjoyed a successful summer of cricket racking up 367 runs and taking 17 wickets across the season as Hutt District won both the Maureen Peters T20 and Joy Lamason One-Day competitions.

Johnson also had a memorable season with the ball taking 33 wickets across the three competitions and helping his side lift the Pearce Cup. He also made his List A debut for the Wellington Firebirds against Canterbury.

Johnson also picked up the Ron Murray Cup for most wickets in the Premier Division One competitions and the J Atkin Cup for best premier bowling performance for his 7-23 against Onslow in the Pearce Cup.

Upper Hutt’s Hannah Burrell and Rachel Bryant shared the Marjorie Sweetman Memorial Trophy for most wickets in the Premier Women’s competitions. The pair both reached 18 wickets.

Special mention must also be made to Upper Hutt United’s Callum McLachlan and Petone-Eastbourne’s Craig James.

James was a wicket machine for Petone-Eastbourne in the Hazlett Trophy taking 42 wickets across the Division 2 competitions, while McLachlan scored runs for fun finishing as the highest run scorer in the Premier Men Division 2 competitions with 947 runs - the highlight was undoubtedly his magnificent 224 against North City in the Hazlett Trophy Two-Day competition for which he was also awarded the May Cup for highest premier score.

The Petone-Eastbourne allrounder’s performance against North City in the Hazlett Trophy Two-Day competition where he claimed 6-54 with the ball and hit 150 with the bat earned him the award.

Wainuiomata’s Callum Mackaness was recognized for his volunteer service contributions to community cricket with the Mike Curtis Cup.

At just 22, Mackaness has taken on Wainuiomata’s Club Captain role and made a huge contribution to his community through cricket both on and off the field and was instrumental in helping Wainuiomata College enter their first cricket team in over ten years.

Ground of the Year – Fraser Park