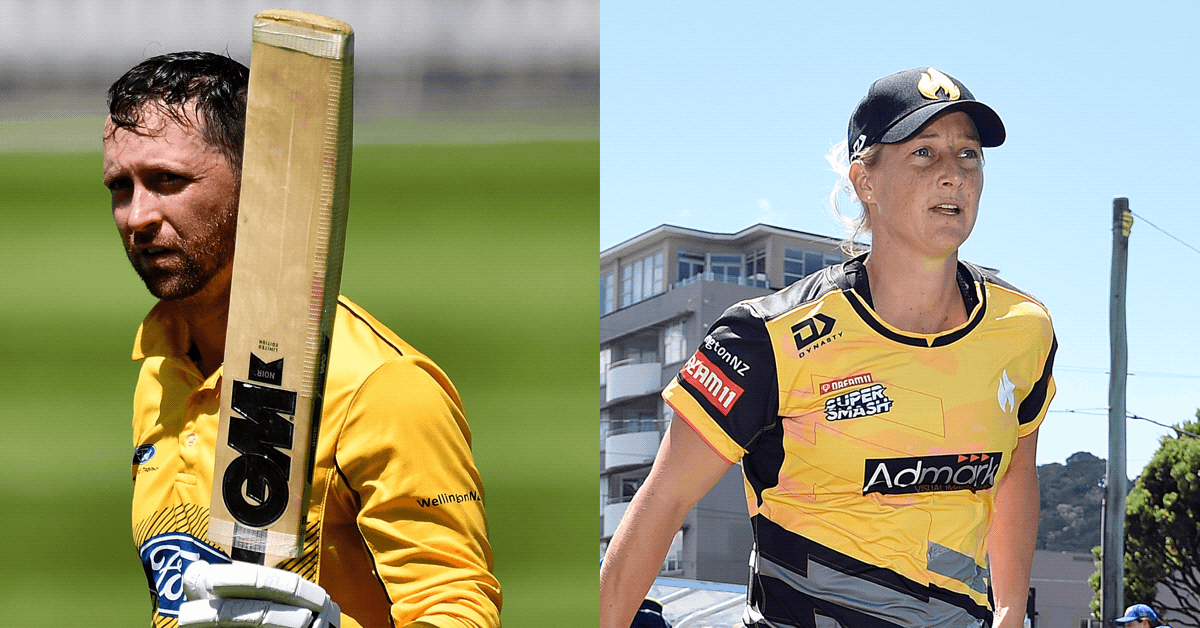 Wellington Firebirds batsman Devon Conway has been awarded the Norwood Award for Firebirds Cricketer of the Year for the second year running.

Conway, who was also awarded the Men’s Outstanding Batsman award and the Dream11 Super Smash, Ford Trophy and Overall Players’ Player of the Year Awards, was the leading runscorer in all three men’s domestic competitions this summer and notched up over 500 runs in each format, helping the Firebirds lift the Dream11 Super Smash title and the Plunket Shield.

Sophie Devine was also recognised for her unforgettable season, taking home the Norwood Award for Blaze Cricketer of the Year, as well as the Women’s Outstanding Batter and Women’s Allrounder of the Year Awards.

Devine was at times unplayable during the Women’s Dream11 Super Smash, scoring 369 runs, including 25 sixes and taking 13 wickets, leading her side to eleven out of eleven wins to lift the trophy and complete a historic women’s T20 three-peat.

The 20-year-old cemented his spot at the top of the order in all three formats for the Firebirds this summer, recording his maiden List A and first-class centuries along the way and earning yet another call-up to the New Zealand A squad to face India A.

Jess Kerr’s standout season with the ball was recognised as she received the Women’s Outstanding Bowler Award.

Kerr was the star of an impressive Blaze bowling line-up during the Dream11 Super Smash, topping the wicket-taking charts with 20.

Firebirds Ford Trophy captain Hamish Bennett was awarded the Men’s Outstanding Bowler after yet another strong season with the ball.

Bennett topped the wicket-taking charts for the competition with 17 and saw his form rewarded for a long-awaited recall to the BLACKCAPS squad for the T20 international and ODI series against India.

Blaze off spinner Xara Jetly’s breakthrough year was recognised as she received the Women’s Most Promising Player Award.

Jetly performed consistently in the Blaze’s Hallyburton Johnstone Shield campaign and earned a T20 debut against the Canterbury Magicians at the Basin Reserve going on to make two Dream11 Super Smash appearances and take her maiden domestic T20 wicket.

Further Wellington success could also be on the cards later this month when the ANZ New Zealand Cricket Award winners are announced in the form of a digital and mainstream media campaign over the week of Tuesday, April 28th.

Eddie Cameron U20 Young Cricketer of the Year – Rachin Ravindra