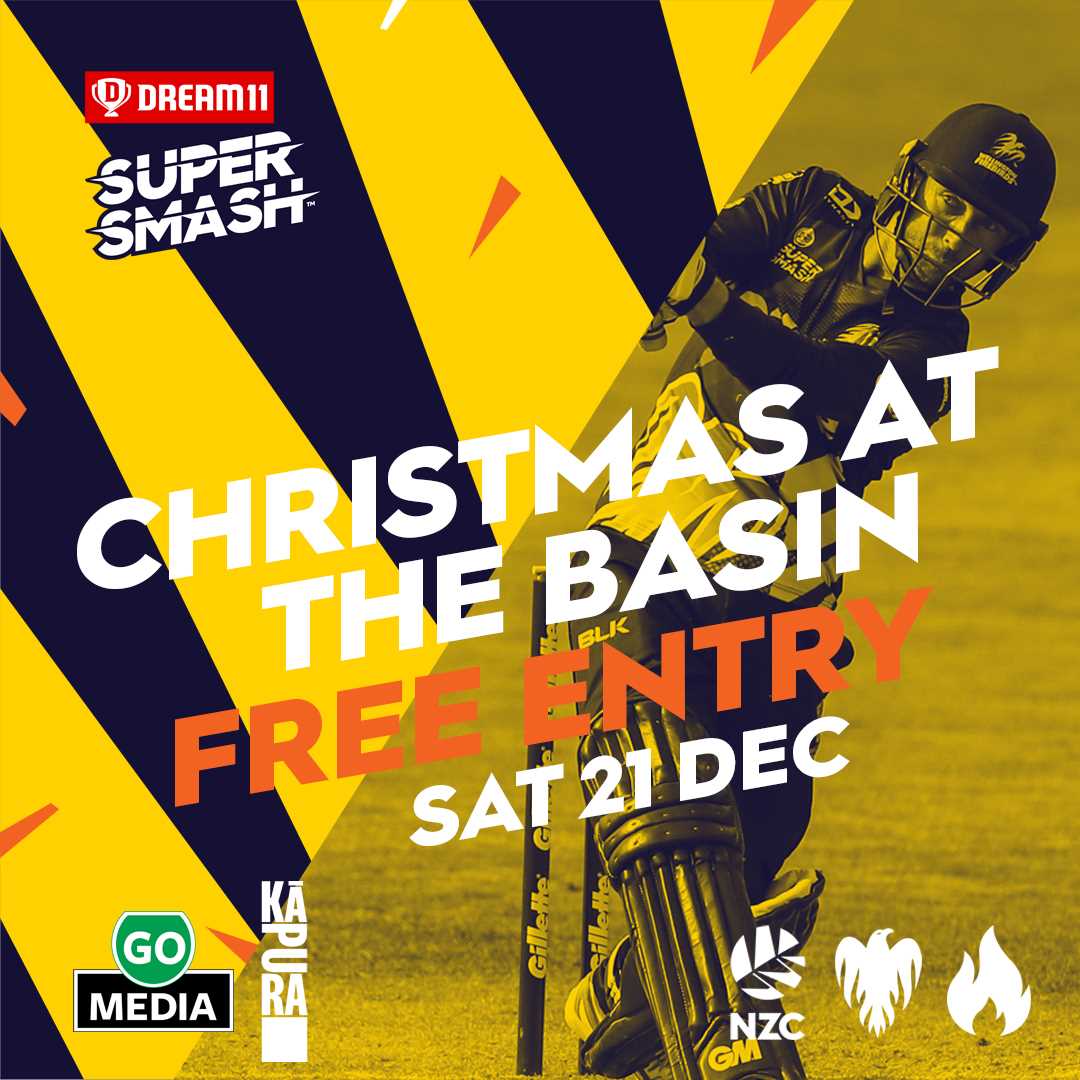 Cricket Wellington is proud to announce they will once again open the Basin Reserve gates and offer free entry to the DREAM11 Super Smash double-header between the Wellington Firebirds and Blaze and the Otago Volts and Sparks on December 21.

Last summer’s Fill the Basin initiative was a resounding success with over 3,500 fans attending the doubleheader between the Firebirds and Blaze and the Kings and Magicians – the largest attendance at a domestic cricket match at the Basin Reserve since 2011 and the biggest recorded crowd during last year’s Super Smash competition.

This year’s initiative, made possible by Kapura and GoMedia, is an early Christmas gift to Wellington cricket fans and offers the opportunity for fans of cricket across Wellington to experience the country’s best T20 stars in action before they head away for the holidays.

“Last year’s Fill the Basin was a huge success and we’re really excited to announce we’ll be doing it all over again,” said Cricket Wellington CEO Cam Mitchell.

“There’s nothing better than a packed Basin Reserve bank and we’re really excited to offer another opportunity to the Wellington community to see some of the country’s best men’s and women’s cricketers free of charge.

“Christmas is always an exciting time of year, so it will be great to see lots of families come along for a fun day out at the Basin.

“Cricket Wellington would like to thank both Kapura and GoMedia for making the initiative possible again and helping us to further connect with fans of cricket across Wellington.”

CHRISTMAS AT THE BASIN