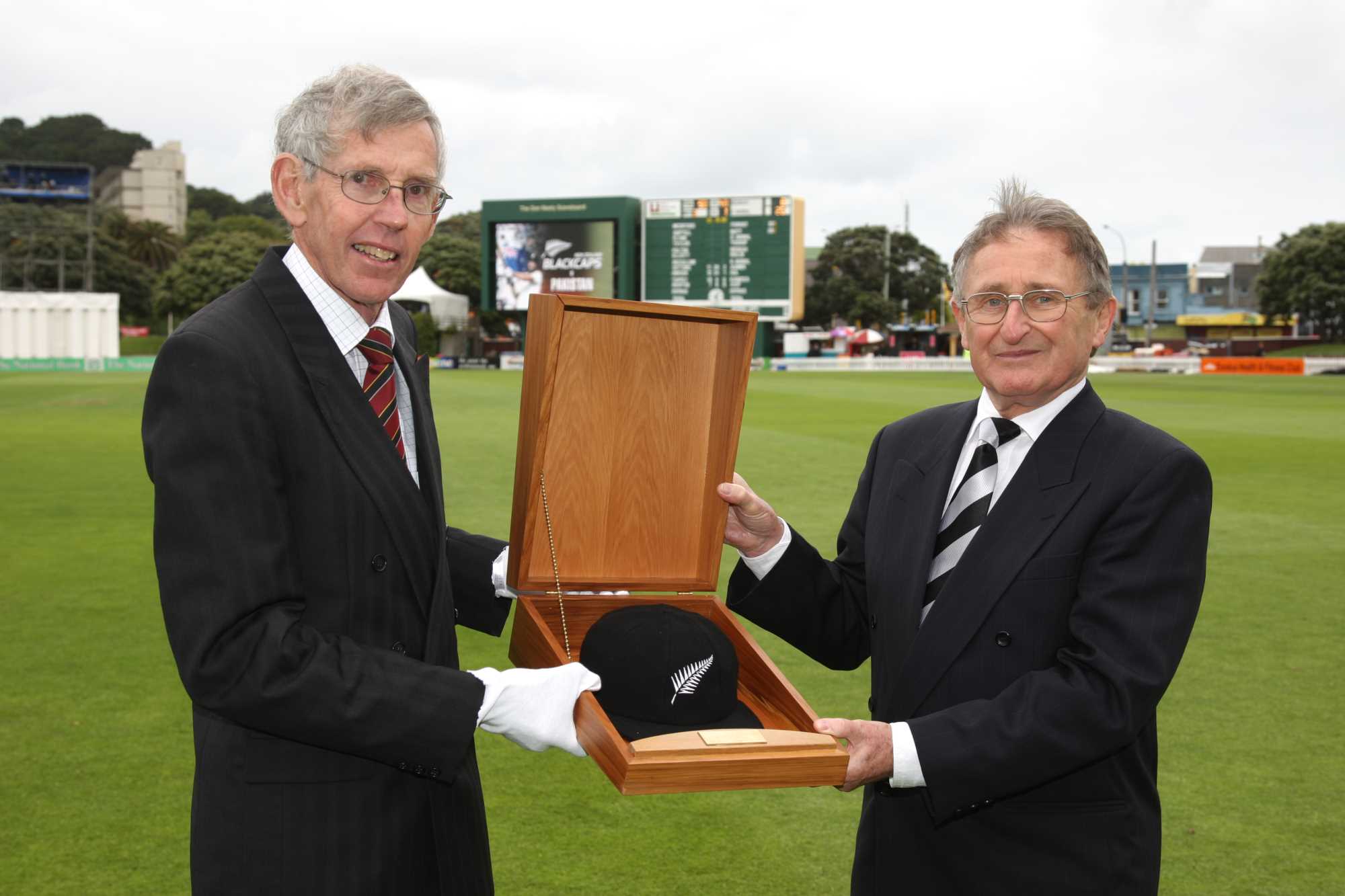 From a player and captain to Cricket Wellington president, New Zealand Cricket Museum trustee and Chair, NZC selector, president, and life member; from a youngster with a love of the game to prominent historian and author – Don Neely certainly lived his cricketing life to its fullest.

The 86-year-old, who passed away in Wellington overnight, has been a key figure in the evolution of cricket in Wellington and New Zealand over the past 60 years, and no more so than in his beloved home city of Wellington, where the scoreboard at the Basin Reserve is named in his honour.

A former Wellington and Auckland captain, Mr Neely is best remembered for his services to the game once his playing days ended, his indefatigable efforts as an administrator and historian recognised with an MBE in 1995, and a MNZM in 2011.

He was appointed a selector of the New Zealand men’s team in 1979 and remained in that capacity for the next 14 years, including seven as convenor. The initial period of Mr Neely’s selectorship represented some of the headier times for an emerging New Zealand men’s team, including the second World Cup in 1979, a series win over unofficial world champions, the West Indies in 1980, the first Test wins in England in 1983 and 1986 and, the jewel in the crown – the Test series win in Australia in 1985.

Two years after stepping down from the selection panel in 1993, Mr Neely was conferred with an NZC life membership. He was a popular NZC President from 2006 to 2009, a role which he also held at Cricket Wellington, as well as being a trustee and chair of the New Zealand Cricket Museum, and a member of the Basin Reserve Trust.

As a historian and author, Mr Neely was equally dutiful, in 1986 and 2008 co-authoring Men in White (the definitive word on the New Zealand men’s team) and its update, respectively, while also editing the popular NZ Cricket Annuals from 1973 to 1981.

His most impressive works were, arguably, an illustrated history of New Zealand cricket titled The Summer Game, which he researched and co-authored with his wife Paddianne in 1994, and another illustrated history, this one of the Basin Reserve and called The Basin – which he wrote with journalist Joseph Romanos.

As a professional archivist, Paddianne was a constant and enthusiastic supporter and contributor to all of Mr Neely’s works, sourcing photos and information, and travelling around the country to research material for his many books.

“I’ve never known anyone with a better knowledge of cricket history than Don,” said Mr Snedden.

“He has been an enormous contributor to the game in New Zealand, in so many different capacities, and all the time has carried and promoted a beautifully romantic notion of how the game should be played.

“He loved the spirit of cricket and he loved watching the best players in the world in action.”

"We have lost a true servant of our game, who cared so much for cricket and those involved.

"Don knew so much about the game and his passion for cricket knew no bounds.

"Don was always happy to lend a hand and share his knowledge of the game with those who needed it, and his legacy will now live on, not just with his name on the scoreboard, but the memories and knowledge that he leaves for us all."

Mr Neely is survived by his wife Paddianne, their adult children and partners Kristen and Chris, Sean and Angela, and Jason and Chelsea – and their many grandchildren.