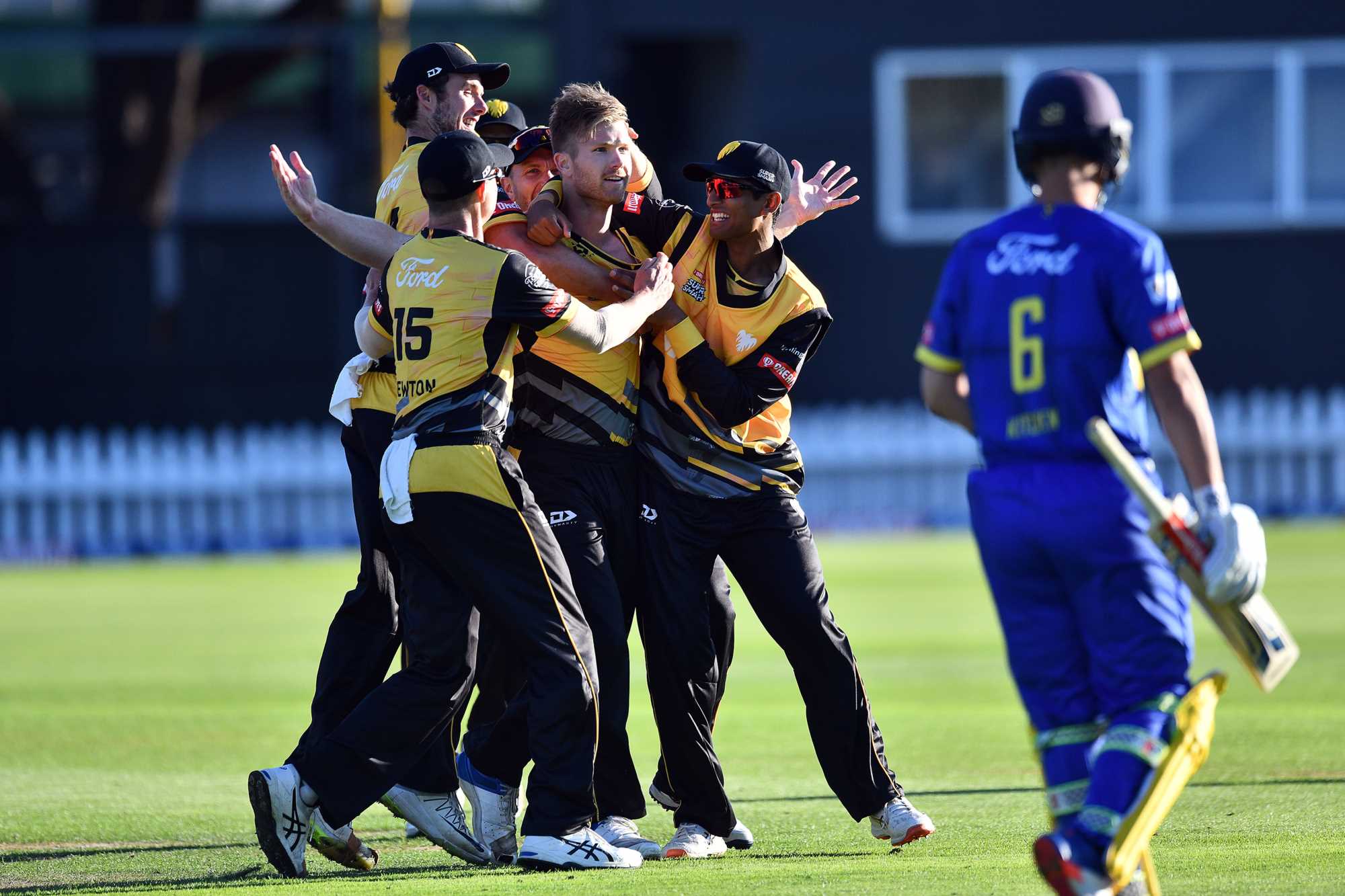 After four years of success, Jimmy Neesham has brought his time as a Wellington Firebird to an end.

Neesham, who was close to giving the game away before joining the Firebirds at the start of the 2018/19 season, reignited his career in Wellington, helping the Firebirds lift all three domestic trophies and regaining his place in the BLACKCAPS.

He dominated domestic cricket in his first season, playing a pivotal role in the side’s Ford Trophy win, scoring 503 runs at an average of 62.87 and taking 13 wickets.

He was also instrumental in helping the Firebirds regain the Plunket Shield in 2019, as well as back-to-back Dream11 Super Smash titles in 2019/20 and 2020/21 seasons.

Neesham went on to establish himself as a key member of the BLACKCAPS white ball sides and played major roles in the recent success at the ICC T20 World Cup where they reached the final, and the 2019 World Cup where he batted heroically in the final super over.

“I’m so proud to have been part of this team and am thankful to the group for welcoming me and seeing the vision we’ve wanted to create.

“We’ve had some serious fun and experienced some serious success, and I know that the most successful era of Wellington cricket isn’t over yet, so I wish the team all the best for the future.”

Cricket Wellington CEO Cam Mitchell thanked Neesham for his commitment to the Firebirds over the last four seasons and wished him well for the future.

“Jimmy has been an integral part of the Wellington Firebirds side that has experienced much success over the last four seasons” he said.

“We’ve been so pleased to see Jimmy rediscover his love for the game since coming to Wellington and he has gone on to show that he is one of the most talented allrounders in the game of cricket.

“From everyone at Cricket Wellington and the Wellington Firebirds I’d like to thank Jimmy for all he has done for cricket in Wellington, and we wish him all the best for whatever comes next.”

The Wellington Firebirds will announce their first round of contracted players for the 2022/23 season on June 22.