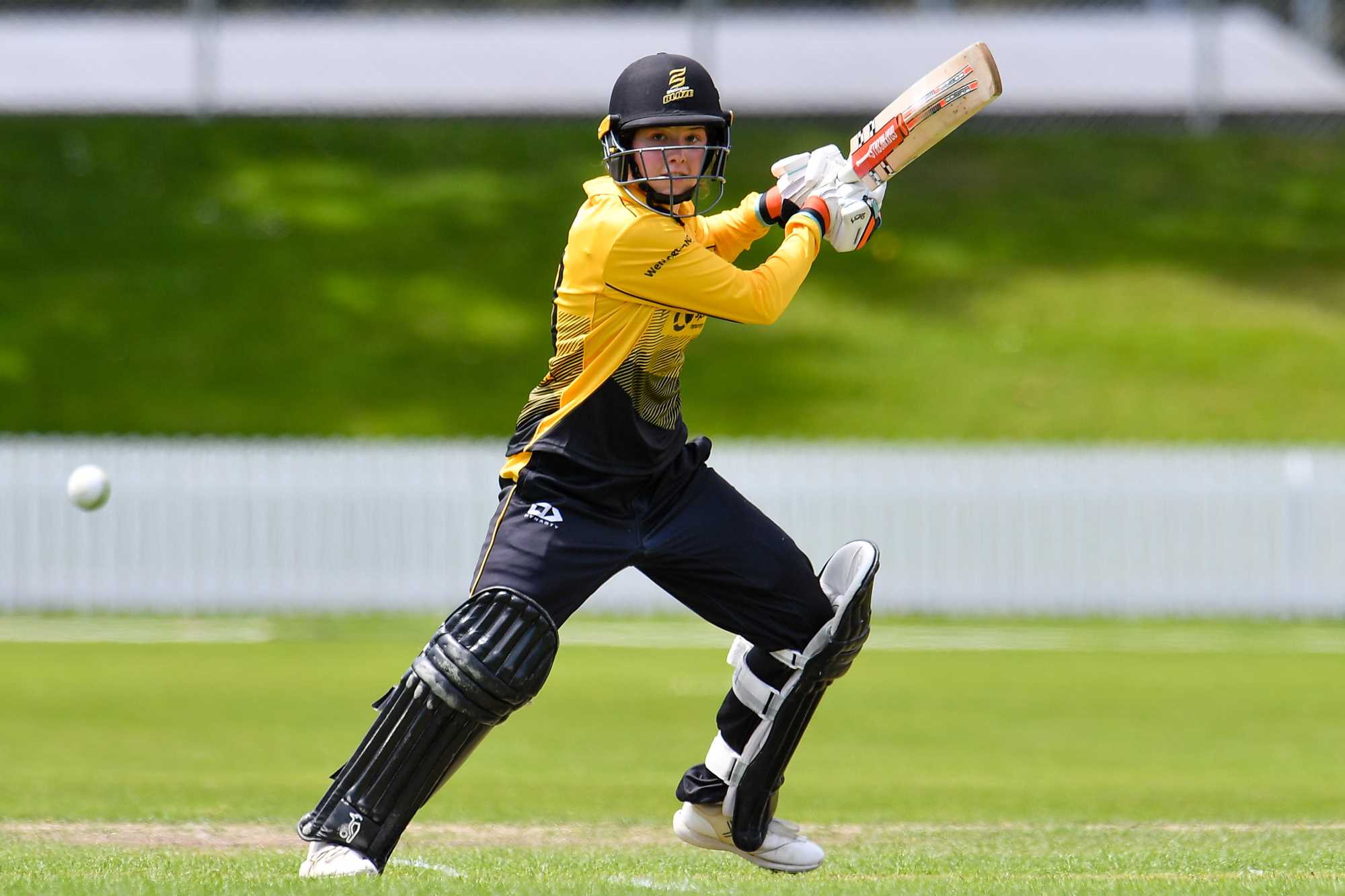 The 18-year-old is one of six new faces to be offered a central contract for the 2022/23 season, joining fellow Blaze teammates Sophie Devine, Amelia Kerr, Jess Kerr, Jess McFadyen and Maddy Green in the 17-strong list.

The offer caps off a breakout twelve months for Plimmer who established herself as a key member of the Blaze squad as they lifted the Dream11 Super Smash title and reached the Hallyburton Johnstone Shield final, before being selected in the WHITE FERNS World Cup squad as injury replacement for Lauren Down.

“Georgia is certainly going to play a big role for the WHITE FERNS in the future,” Dry said.

“Being a part of a World Cup campaign and being offered a full-time contract at just 18 years of age, shows the promise that Georgia has, and we’re looking forward to seeing the strides she can make this year.

“Georgia is a special talent and deserves the opportunity to consistently mix it with the best players in the country.”

NZC GM of High Performance, Bryan Stronach, said the selection of the new faces was a nod to the future of the women’s game in New Zealand.

“We’re excited about the six new faces receiving contract offers, several of whom already have some WHITE FERNS experience under their belt,” he said.

“To be in a position in which we’re genuinely considering the credentials of a wider pool of players can only be viewed as a positive for the women’s game.”

Sophie Devine, Amelia Kerr, Jess Kerr, Maddy Green and Jess McFadyen have all had their contracts from last year renewed, the latter now with the opportunity to establish herself as New Zealand’s lead wicketkeeper following the retirement of Katey Martin.

“Jess has had to spend time as the incumbent, and there is now an opportunity for her to establish herself as that long-term wicketkeeper,” said Dry.

“Jess has proven she has plenty to offer with the bat as well and has been a consistent performer for the Blaze at the top of the order in the one-day format.”

Of the Blaze players contracted to the WHITE FERNS last year, Leigh Kasperek and Thamsyn Newton have not been offered contract renewals for the 2022/23 season.

The new-look WHITE FERNS will begin their new chapter when they travel to Birmingham to take part in the Commonwealth Games in July.