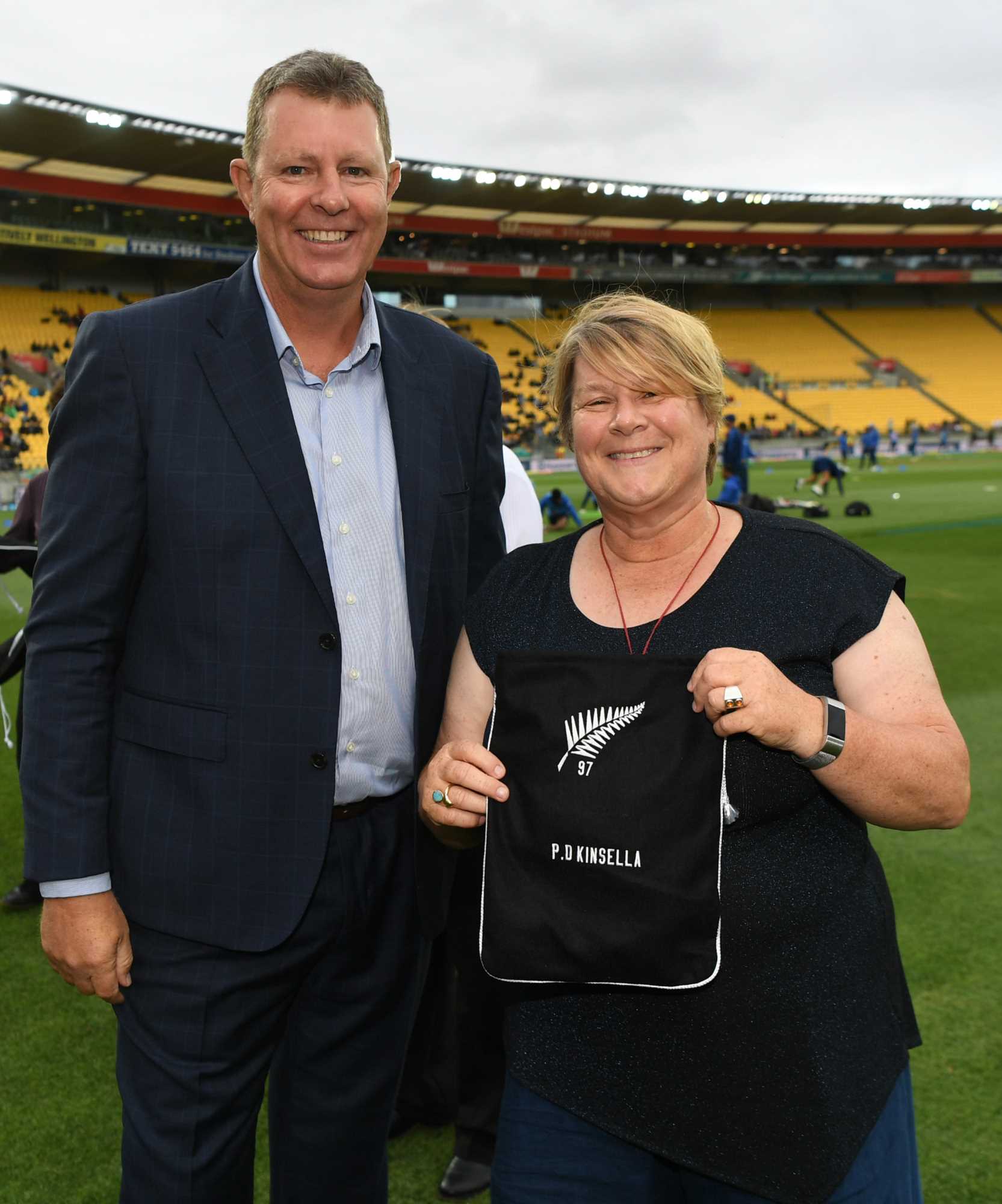 Penny Kinsella has been awarded the most prestigious non-playing award, the Bert Sutcliffe Medal, on the final day of the ANZ New Zealand Cricket awards.

A former New Zealand Test representative, Kinsella has since devoted herself to growing the game and particularly the women’s game, establishing herself as a pillar of cricket in the Wellington community.

The daughter of first-class cricketer and international umpire Dave, Kinsella is a teacher and was a driving force behind re-introducing cricket for girls at Onslow College in Wellington, where she is currently employed as Deputy Principal.

She has fulfilled many voluntary roles in cricket since her retirement as a player, including managing teams, coaching provincial, New Zealand A and South Island teams and squads, and three stints as a WHITE FERNS selector.

She still assists Cricket Wellington with selecting and coaching age group squads, and mentoring players, and is on the board of the Cricket Museum, based at the Basin Reserve.

“It was a lovely phone call to receive and I was just so humbled,” Kinsella said.

“The things I do – I do because I want to do it for people. I want to recognise and keep people from the past involved so they can continue to be proud of what they’ve done in the game.

“I also have a real passion for developing young players and I’m hoping I can produce a New Zealand player out of that soon.

“We need to take the flow from this recent Women’s Cricket World Cup and really build on it because the women’s game is on the rise.”

Wellington awards the Penny Kinsella Trophy, annually, to the Most Valuable Under-19 player.

Devon Conway carried off the ANZ Test Player of the Year Award after starring on debut with a double-century against England at Lord’s, and making two more centuries, while amassing 767 runs at 63.91 over the season.

It completes a remarkable trifecta of ANZ International awards for the 30-year-old Conway, who last year picked up the T20I and ODI awards following his sensational debut season with the BLACKCAPS.