Big haul for Wellington on Day 1 of ANZ NZC Awards 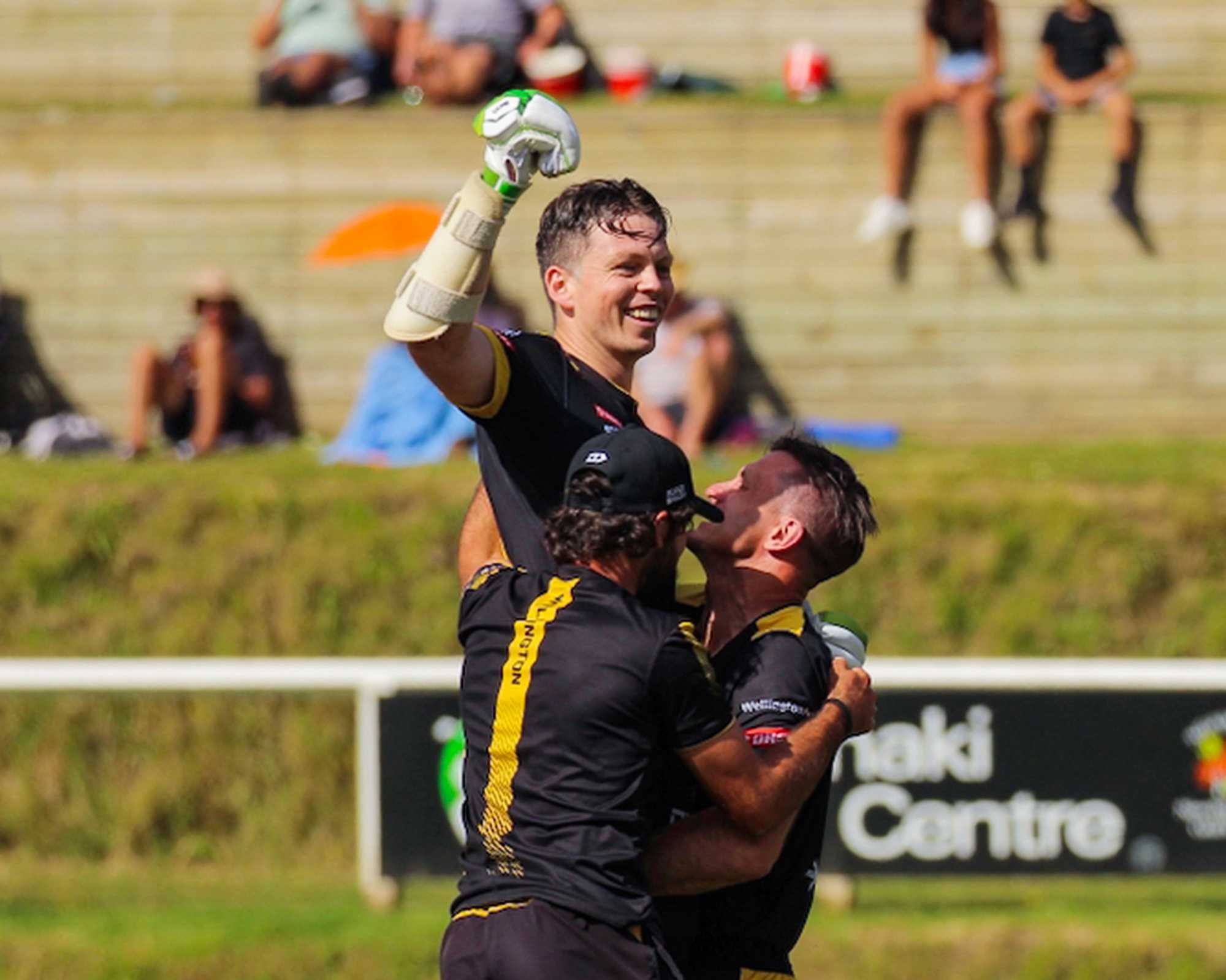 Cricket Wellington has come away with six awards on Day 1 of the ANZ New Zealand Cricket Awards.

WHITE FERNS captain and Blaze allrounder Sophie Devine was awarded with the ANZ International Women’s T20 Player of the Year Award following another stellar season in the T20 arena.

“For me the focus is on just trying to enjoy my cricket,” Kerr said.

“I’d worked hard throughout that last winter, so it was pleasing to go out there and perform in the season.

“I absolutely love playing for the Blaze and to complete an unbeaten season was really special.

“I’ve also got to thank the people around me who have supported me this season.”

However, it was Wellington Firebirds captain Michael Bracewell who claimed the award, the all-rounder topping the run charts with 478 at an average of 79.67, including an incredible 141 not out off 65 balls against the Central Stags.

“Having a bit more experience at the domestic level now is really helping, I’m really enjoying my bowling and getting more of a feel of the role that I’m trying to play with the bat through the middle,” Bracewell said.

“I feel pretty comfortable with where I’m at and just happy to be able to put in performances to help win games of cricket for Wellington.”

Over the last 12 months Jeremy has been fundamental to the rejuvenation of both Eastern Suburbs and Wellington Wanderers as a proud member of both clubs & their respective committees.

Dean has played a big role in restructuring the Wellington Wanderers membership with profits being distributed to support college cricket in the region. The early planning for an All-Stars programme focused on providing new opportunities and pathways for youth players at lower decile schools.

Dean has also been instrumental in revitalising the Eastern Suburbs social media presence with regular updates and marketing promotions to help grow the club and tell its stories.

He has also supported the growth of Eastern Suburb’s women & girls’ section as both a sponsor and administrator.

"I feel humbled to be recognised, but no one volunteering does this work for the accolades," Dean said.

"They do it because they love their sport and want to give back. I'm very fortunate to be able to use my skills and experience to help give back to the game and the clubs that have supported me growing up.

"The reality is my name wouldn’t even be up there if it weren’t for the tireless work and leadership of Willie Marshall at the Wellington Wanderers and Ronnie Nathu at Eastern Suburbs!

"This award is just as much recognition for the leadership of those volunteers and they're both as deserving as me for this recognition!"

Frances Stewart was awarded Community Cricket Activator of the Year.

Frances has made outstanding contributions in the community with her involvement and development of many opportunities for more women and girls to be involved in cricket.

All three initiatives have seen a monumental growth in female engagement in cricket in the Wellington region, aligning all levels and age groups to help women and girls get involved in cricket and make it a game they are involved in for life.

Young Leaders sits firmly in the Cricket Wellington Women and Girls Strategy 2020-23 and is a response to the lack of female leaders in the region. As a youth leadership programme it tackles this issue head on and seeks to increase the opportunities and number of female youth coaching, umpiring, leading and volunteering in their cricket communities.

The programme launched in 2020/21 with the recruitment of 15 Wellington girls aged 14-18. In its second year, 16 girls aged 14-18 are participants. The initiative involves participants enter a summer of learning, community experience, and mentoring with the cricket providing context to the challenges and learning opportunities they encounter.

Day two of the awards sees the First-Class and Domestic batting and bowling cups handed out along with the men’s and women’s ANZ ODI Players of the Year, and the G.J. Gardner Homes Umpire of the Year award.

Thursday’s final day will see the presentation of the men’s and women’s Domestic Players of the Year, the ANZ Test Player of the Year, the Bert Sutcliffe Medal for outstanding services to cricket, and the supreme playing award - the Sir Richard Hadlee Medal.