Chandler and Vishvaka named Provincial A Players of the Year 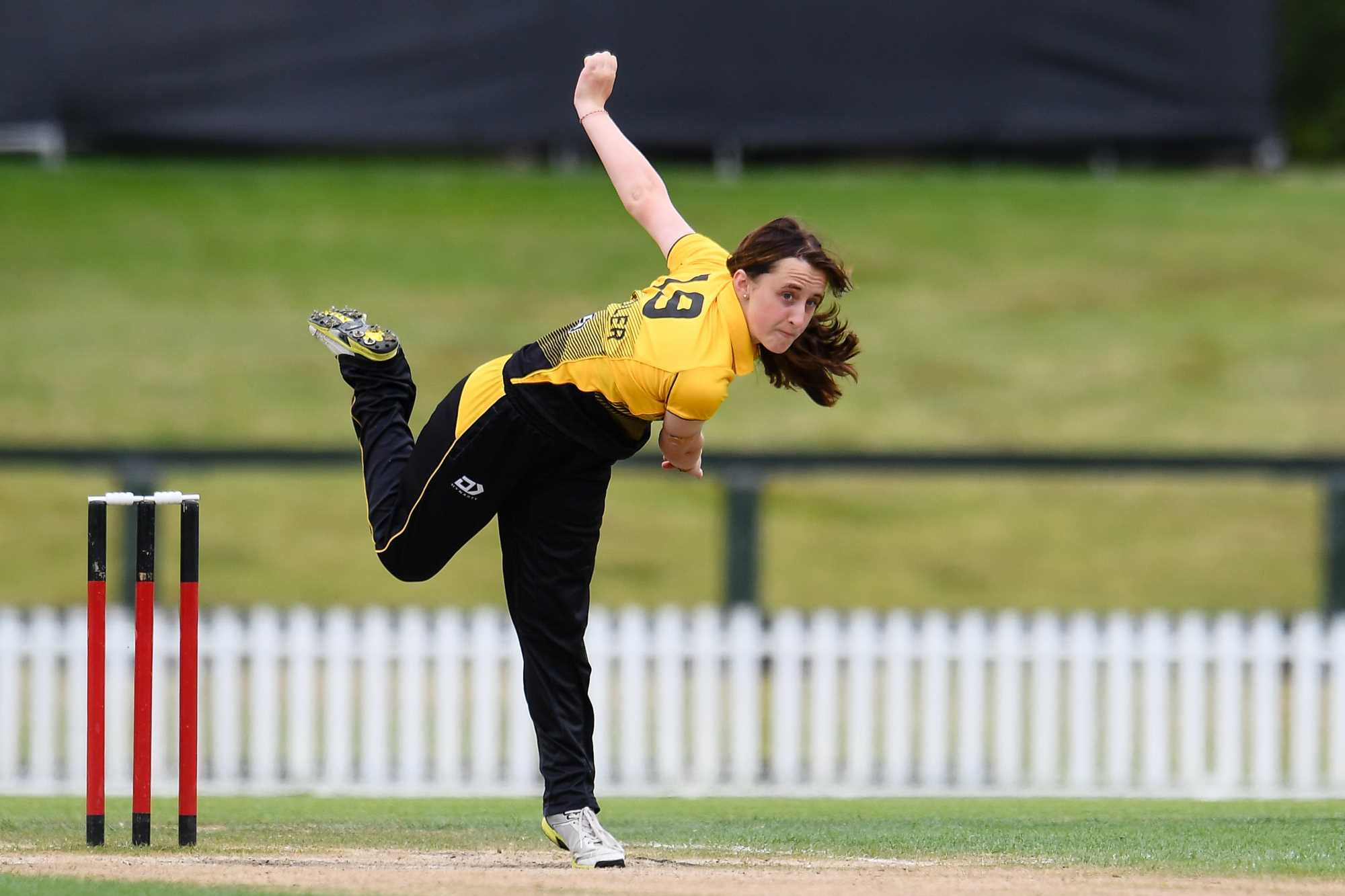 Kate Chandler and Devan Vishvaka have been named Cricket Wellington’s Provincial Women’s and Men’s Players of the Year on Day 2 of the Celebration of Cricket.

Vishvaka has excelled for the riders&elephants Men’s A squad this summer scoring 367 and finishing the summer with back-to-back three-day hundreds – in a three-wicket win over Northern Districts A, followed by a 172-run win over Central Districts A.

His performances were rewarded with a first-class debut for the Wellington Firebirds against the Otago Volts I Dunedin last month.

The young opener scored his maiden first-class half-century in his first knock for the Firebirds and backed it up with his highest first-class score of 80 to help the Firebirds round out the 2021/22 summer with a win over Northern Districts.

At just 15 years and 159 days, Kate Chandler continues to show why she is one of the most promising female players in Wellington.

Chandler took figures of 3-5 from three overs to help Wellington A to victory in the second T20 match against Auckland A and showed her allrounder abilities picking up 3-35 with the ball and 48 with the bat.

Chandler also excelled at the National Under 19 tournament scoring 148 runs and taking five wickets across the tournament.

Georgia Plimmer was named the Blaze Most Promising Female Player. The 18-year-old had a breakthrough summer for the Blaze opening the batting in all 11 matches of their record-breaking Super Smash triumph and was a key member of the Hallyburton Johnstone Shield side that made the Grand Final.

Plimmer’s performance were rewarded with selection in the WHITE FERNS ICC Women’s Cricket World Cup squad as an injury replacement for Lauren Down.

Tim Robinson has a breakout summer with the bat for the Wellington Firebirds. The 19-year-old made eight appearances for the Firebirds in the Dream11 Super Smash, scoring 143 runs and reaching his maiden T20 half century against the Otago Volts in Queenstown.

He continued his breakthrough summer and made his first-class debut alongside Vishvaka against the Volts in Dunedin, notching his maiden first-class half century in the same match.

He topped the summer off by scoring his maiden first-class century against the Auckland Aces at Kennard’s Hire Community Oval last month.

Eastern Suburbs’ Lauchie Johns’ incredible summer with the bat was recognised as he was awarded the Arthur Dick Cup for most men’s premier club runs.

The Easts wicketkeeper-bat scored 1,098 runs across the club summer in all three formats helping his side lift the Ewen Chatfield Trophy and the T20 Cup.

His run tally was the second highest in Wellington club cricket history, just 85 runs off breaking Stewie Dempster’s record of 1,182 runs in the 1928/29 season.

Hutt District’s Antonia Hamilton was awarded the Judith Sadler Cup for most premier women’s club runs. Hamilton scored 601 runs across the season at an average of 54.64, helping her side lift the Joy Lamason one-day trophy.

Easts’ Felix Murray won the Ron Murray Cup for most wickets in premier men’s club cricket. Murray took 45 wickets across the season at an average of 14.64 and was a key component of a successful summer for his club.

Hutt District’s Bethany Trethewey won the Majorie Sweetman Trophy for most wickets in premier women’s club cricket. Trethewey picked up 29 wickets at an average of just 10.52.