From the Basin Reserve to the Netherlands and back

Peter Holland knows a good player when he sees one.

The former Wellington and Netherlands allrounder was part of the famous Wellington squad that claimed back-to-back Plunket Shield titles between 1981 and 1983.

It was a team that flaunted some of the great names – Edgar, Morrison, Coney, Taylor, and Chatfield – the very best of a generation whose achievements for both Wellington and New Zealand still inspire some of the best cricketers today.

“And we won a lot too, winning always makes it fun… and we all had other jobs, and some were students, it wasn’t like it is now. But it was a great team, I was one of only three players that didn’t go on and play for New Zealand, that said I was one the very best 12th men! 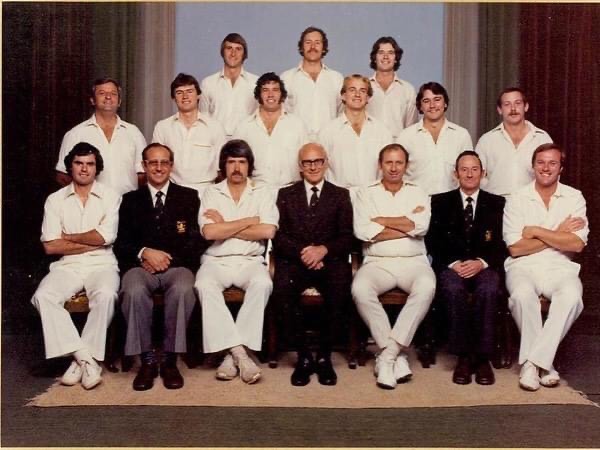 The 1981/82 Plunket Shield winning Wellington team. Peter is pictured in the middle row, third from the right.

Much like Logan Van Beek - and Finn Allen from Auckland, Michael Bracewell from Otago, and Hamish Bennett from Canterbury - the side of the early eighties also had players that moved to make Wellington their home for cricket.

Peter’s first captain, John Morrison, moved from Central Districts to lead that Wellington side, the great Naenae Express – Ewen Chatfield and Erv McSweeney had moved from the Hawkes Bay, and Peter Petherick –famous for taking a hat-trick on his debut for New Zealand – had moved from Otago.

“I think a lot of it has to do with the culture that’s created in Wellington, it was certainly like that in my day. And you see it nowadays, led by Bruce Edgar and now with Glenn (Pocknall) who did a lot to shift things and make it inclusive and I think a lot of the success has come from that, because you’re not going to play for a team where you don’t feel happy.

But unlike those names that went on to glittering careers for New Zealand, Peter’s story took a different turn.

Peter grew up in the Wairarapa and made his debut for his province at the age of 16 before being selected for the New Zealand schoolboys side in 1974.

He would line up in the same side as Bruce Edgar and Chris Kuggeleijn and vice-captained the side in his second year under the leadership of Jeff Crowe.

In 1975 he debuted for Central Districts and faced an Australian side that included Dennis Lillee and joined the not so exclusive group of players to be clean bowled by Lillee.

He moved to Wellington in 1979 after two summers at Central Districts and a stint with Northern Districts. He would ply his trade for Wellington for four years winning the men’s one-day trophy (now known as the Ford Trophy) in 1981/82 and back-to-back Plunket Shields in 1981/82 and 1982/83.

“They were some great times, playing cricket all summer and then hopping over to England to play more, but you had to be dedicated, and I worked out pretty quickly that I probably wasn’t going to go any further as a player.

“In those days you had Bruce (Edgar) and John Wright and Martin & Jeff Crowe, Jerry and so on, you’re never breaking into that New Zealand team, frankly I wasn’t good enough, so it was time to ‘pull’ stumps and get on with life."

In 1984 at the age of 25, Peter decided to make the move to the Netherlands to further his accounting career after a recommendation from his first captain at Central Districts, Mike Shrimpton.

He joined the Bloemendaal Cricket Club in Bloemendaal – a club steeped in history, in the “‘stock-broker’ belt of Amsterdam” which celebrated its 100th anniversary in 2010.

“Some of the cricket was really good but it did vary somewhat! There were some were fine players, all and all a fun mix of guys who became great mates.

“Being based around Amsterdam was special, its ‘brown cafes’, university, the wonderful art galleries, like the van Gogh, the people themselves were lovely, cricket was played in a really good spirit – sometimes I did wonder if the cricket was the excuse for social activities that followed, not that I was complaining!” 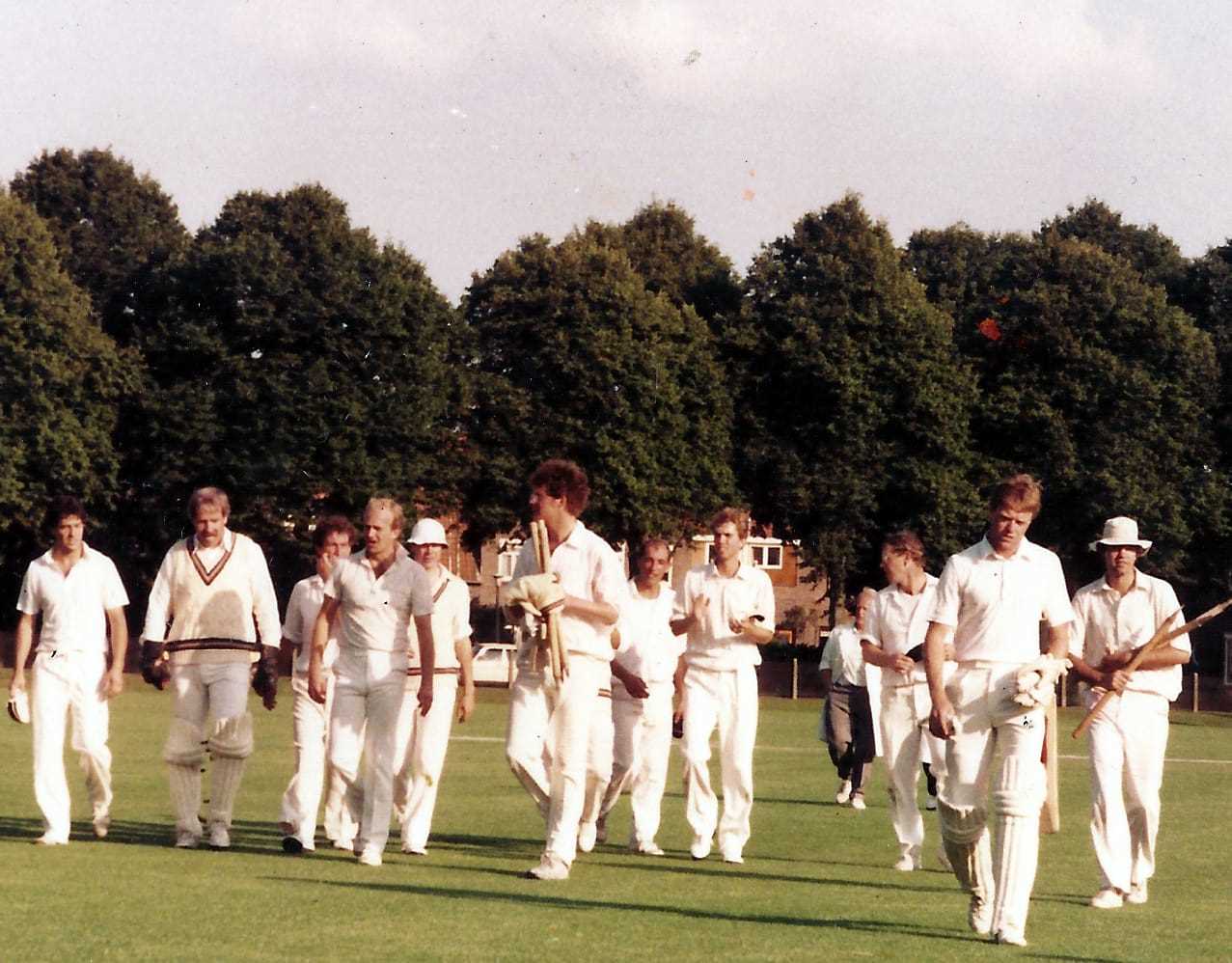 Bloemendaal Cricket Club 1984, Peter is 3rd from the left

After a season in Bloemendaal Peter returned to the UK but managed to engineer himself a move back to Netherlands, during that time David White, current New Zealand Cricket CEO, was the Bloemendaal club’s overseas pro from 1985 to 1986.

He was followed by former Firebird, Tim Ritchie, who became the club pro from 1988 to 1989.

Peter would go on to play for seven years as an amateur in the Netherlands and also became a member of the Dutch cricket ‘touring’ club The Flamingos, that had greatly helped the emergence of cricket in the Netherlands with its many connections to England, "not least the stripey blazers and all that fun stuff!"

He has since reconnected with The Flamingos, who are scheduled to play the MCC at Lords this coming May.

During his time in the Netherlands Peter had well and truly given up on the possibility of playing international cricket until a close friend worked out that he had been in the country long enough to qualify to play for the Netherlands.

Peter was selected for the Netherlands in 1989 and played in four matches – two against England and two against Australia on their way home from the 1989 Ashes Tour.

His debut was against England and included a showdown with future England captain Nasser Hussain, as well as Alec Stewart, Derek Pringle and journalist Peter Roebuck who captained the side – a match that the Netherlands won.

“It was a proper English touring team and we beat them in that first match thanks to a chap called Nolan Clarke from Barbados and wow, could he play!”

Peter opened the batting and as he says, “smashed his way to a fine duck’ that day, but Clarke’s 77 helped the side post 176 before the Netherlands bowled the English out for 173.

They lost in the second match by 98-runs thanks to England opener and current Essex County Cricket CEO John Stephenson’s 121 at the top of the order.

Much like his Wellington side in the early 80s – this Netherlands team was also made up from players from outside of the Netherlands.

“We had two West Indians, a Sri Lankan and me – so we had a real mix of talent which was cool. I had no Dutch heritage, no Dutch connections, but everyone thought I did because of my last name but I had learned to speak Dutch, so that may have helped!”

The Australian side that they faced was full of household names including Allan Border, Ian Healy, Mark Taylor, Dean Jones, Steve Waugh, and David Boon.

The Netherlands lost both matches – the first match by 57 runs, where Peter bowled Boon for 82 and got a few runs – and the second by four wickets.

But as Peter says, “not that I contributed much, it proved to be a fun experience and one that I never thought would happen.

“But it just shows the doors that cricket can open for you, it greatly helped in my professional career, I made friends in the Netherlands and UK that I still have now and friends in cricket that are coming up 50-years, lots of fond memories.”

Peter returned to New Zealand from the Netherlands in the early nineties before moving to Australia to continue a career in banking.

Since recently returning to Wellington, he has taken a keen interest in the Wanderers Cricket Club and has been active in organising regular get togethers over lunch with past players.

“It’s just getting people together… we’ll try and raise some money for the Past Player’s Trust and have a bit of fun along the way, which at the end of the day is what it’s all about.” 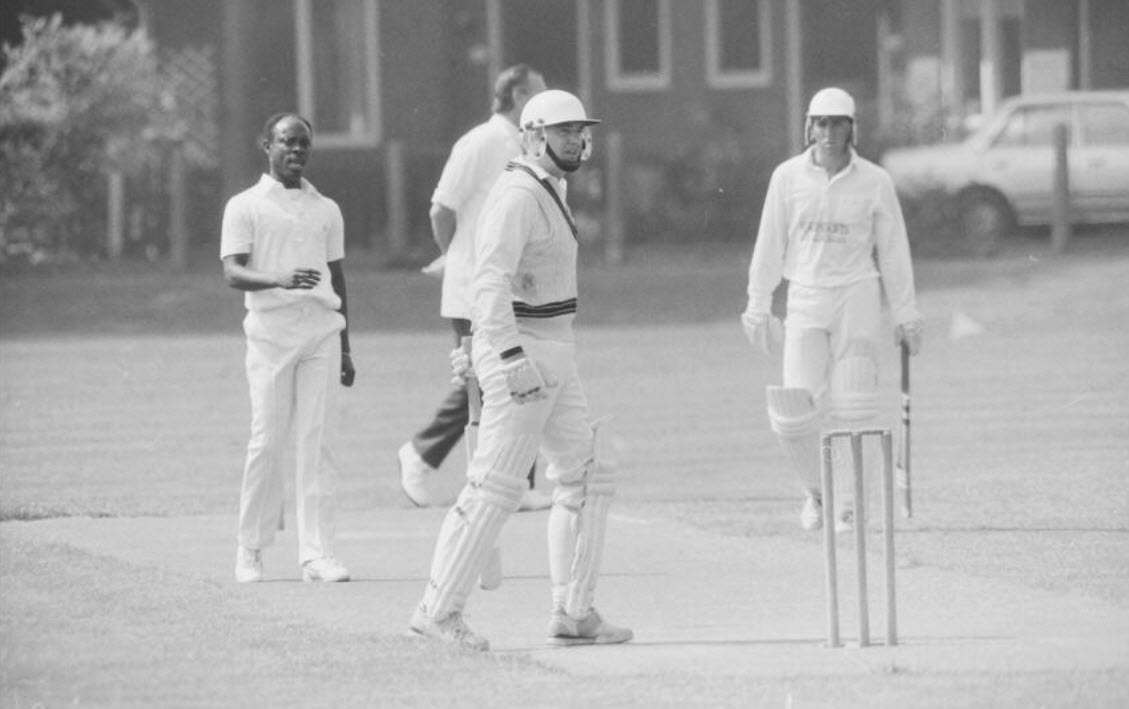 And despite his memories of Netherlands cricket being amateur at the time, he says the opportunity that they have now to tour New Zealand, the home of the World Test Champions, shows just how far the game has come.

“It’s come on leaps and bounds since I was playing, it’s much more professional and they actually have grass wickets over there now.

“And you’ve got a guy like Logan who is a serious player giving back what he’s learned from his experiences with Wellington and New Zealand A, they’ve got some proper cricketers and people might be surprised by how good they are.

“I’m thrilled New Zealand Cricket has done this and hope we get some decent weather and some decent games, and I think it might just showcase what the so-called second tiers are capable of.”

The Netherlands begin their ODI series against the BLACKCAPS this afternoon (Tuesday 29 March) at Bay Oval in Mt Maunganui. Coverage is LIVE on Spark Sport from 2:00pm.