Blazing on into the finals 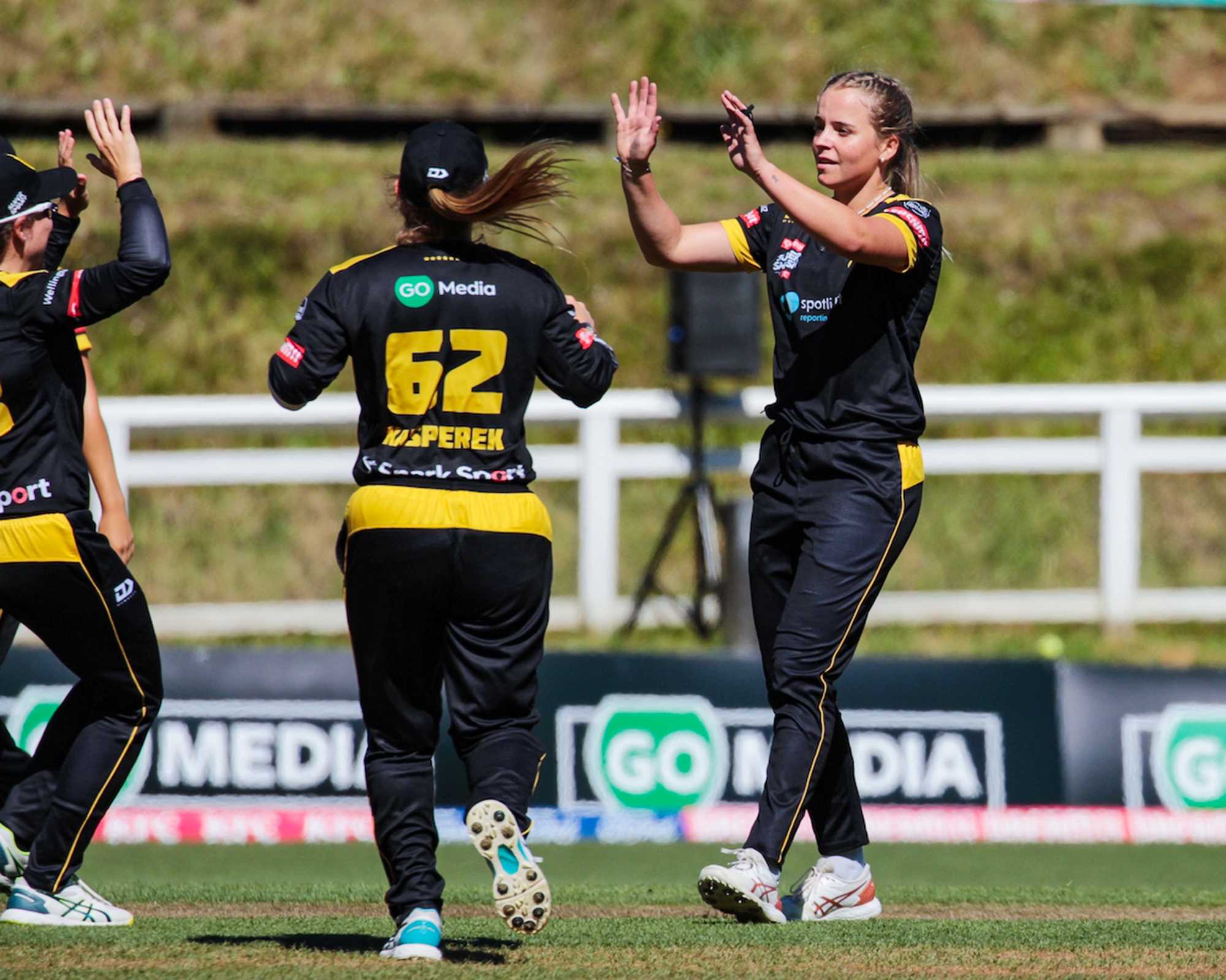 Formidable Wellington Blaze has become the first team to qualify for this season's Dream11 Super Smash Finals after their seventh straight win in the 10-round regular season, today at New Plymouth's Pukekura Park.

Blaze was pushed hard by hosts the Central Hinds, but another superb bowling performance by WHITE FERN Jess Kerr (4-18 off four overs) helped the Blaze restrict the Hinds to 123/6 - despite a ballistic 70 off just 45 balls from big-hitting Hinds captain Jess Watkin in front of a large home crowd.

It was a team effort that got Blaze across the line in the reply, in a last-over finish.

In her whirlwind batting career best, Kerr hit the winning boundary to boot, off the first ball of the final over.

The top three qualifiers will progress to Finals, with the season's highest qualifier progressing direct into the Grand Final, and the second and third qualifiers heading to a 2v3 Elimination Final to determine who joins the top qualifier.

Currently top of the table, Blaze now sits on 28 points after seven wins and can attain a maximum of 40 points if they keep on winning.