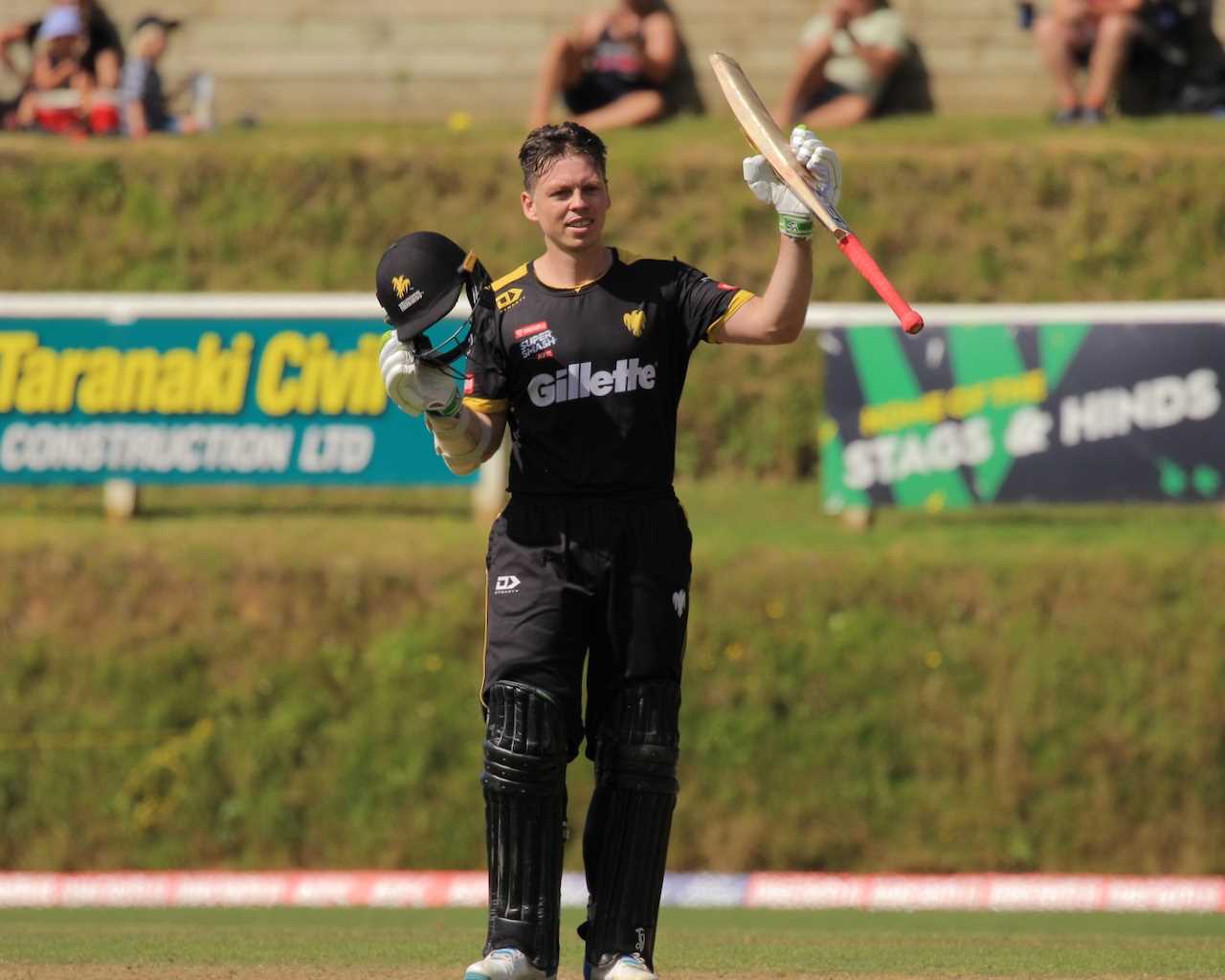 His match-winning 141 not out off 65 balls (11 x 4, 11 x 6) at Pukekura Park broke Central hearts in a thrilling, high-scoring, last-over two-wicket win for the Wellington Firebirds against the stunned hosts who had earlier posted one of the highest totals in Pukekura Park and NZ T20 history themselves.

From a dire position of 43/5 inside the Power Play of the big chase, Bracewell's remarkable maiden T20 hundred - with support from allrounders Jamie Gibson (21) and Logan van Beek (37) - saw his Firebirds team chase down an against-the-odds victory.

The Central Stags had scored 227/4 with Josh Clarkson blasting 76 not out off 38 balls, after the Stags had been sent in by Bracewell.

That 227/4 was the 11th highest T20 in New Zealand T20 history (including T20is) - before Bracewell and the Firebirds chased it down in another jaw-dropping Dream11 Super Smash performance this season.

Both matches of the doubleheader were last over finishes in front of a big crowd in sweltering New Plymouth.