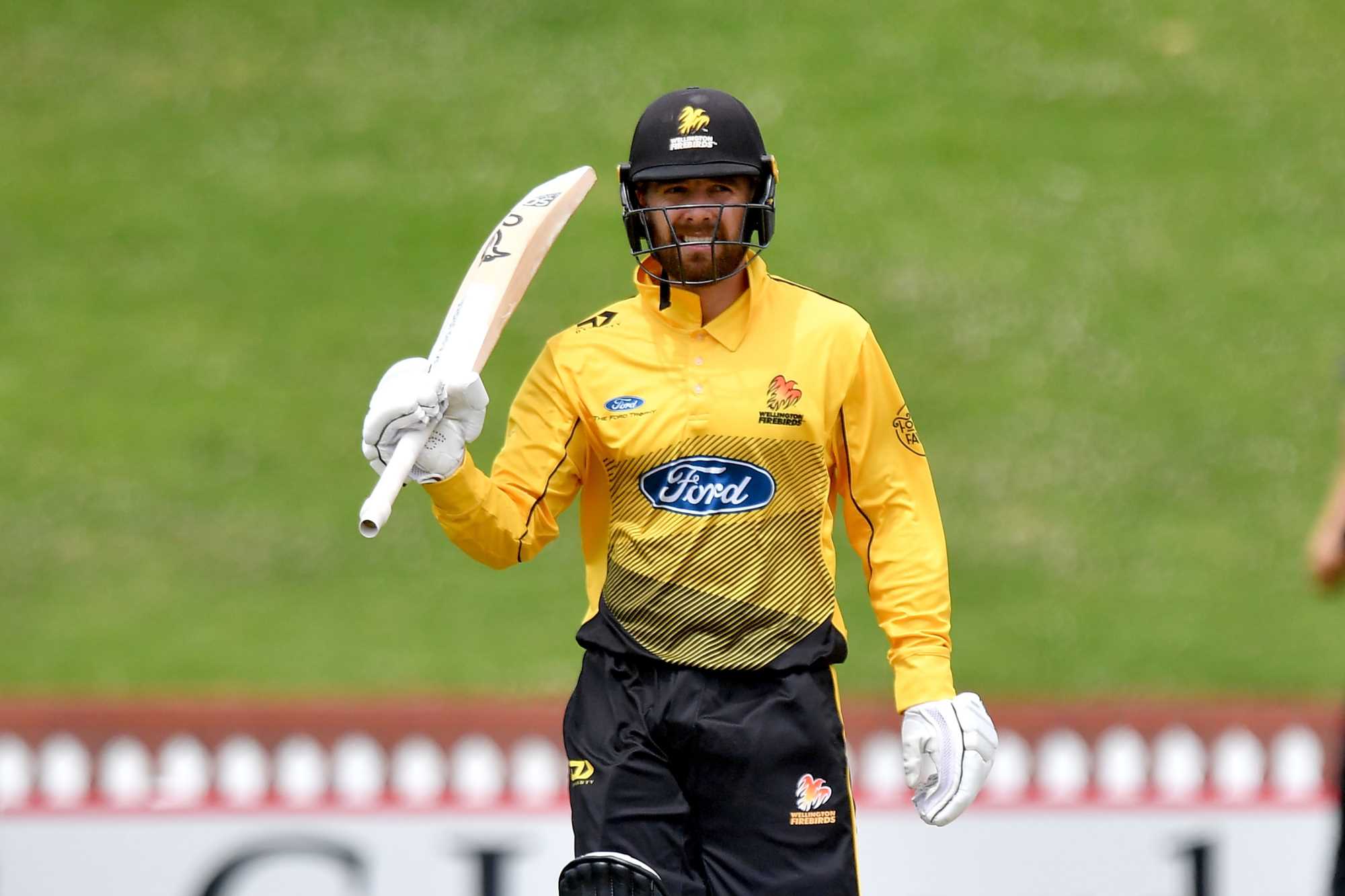 Out of Iso following the BLACKCAPS' tour of India, Tom Blundell and Rachin Ravindra combined to help give the Wellington Firebirds the power start they needed in the last Ford Trophy match of the 2021 calendar year.

The Firebirds had been sent in at a blustery Cello Basin Reserve, but the international duo - in combination with form horse Troy Johnson, who followed them up with a top score of 88 - settled in to prove the stringing together partnerships will win the match more often than not.

After the early loss of Finn Allen at 9/1 - an early victim of Jacob Duffy (3-70), a patient Blundell (46) and more adventurous Ravindra (53) beavered away for a 98-run second-wicket stand that steadied the ship and laid a platform.

Duffy finally bounced out a disappointed Ravindra in the 19th over, but Blundell passed 50 and took his side to 144/3 before he became a thrilled Anaru Kitchen's 50th List A wicket.

The classy Troy Johnson took over now, and racked up his fifth Ford Trophy half century from just a dozen appearances.

Johnson has barely put a foot wrong since stepping up from the Wellington A side with a century in both the first-class and one-day arena and two T20 half tons to boot. Today he came with 12 runs of taking off the helmet and raising the bat again, spending almost two hours in the middle for his handsome 88.

After Blundell departed, he had timely support from Michael Bracewell at five, and the pair put on another substantial partnership of 74 for the fourth wicket as they batted into the 38th over together.

Johnson would provide his solidity until the 45th over, when Matt Bacon finally enticed a catch.

But at 274/6, the Firebirds were into the fun stuff now, and there were handy cameos from the lower order. A quick unbeaten 28* from Nathan Smith, and 25 off just 10 balls from Ollie Newton - clearly all mended from his broken hand, powered them to a strong total of 333/9 in their 50.

Neil Broom had been named in the Otago squad but wasn't part of the playing XI as the visitors made a stuttery start to the big chase.

The early loss of captain Hamish Rutherford and a scoreless Dale Phillips - both early victims of Newton as he celebrated being back in the thick of the action - hurt them.

Nick Kelly came in at first drop and produced a knock of 67 off just 71 balls, but he lost too many partners before he, too, was gone at 119/5.

Max Chu (32) and Michael Rippon added some grist, with Rippon finishing unbeaten on 68*. But the chase had got away on them as they continued to lose wickets regularly, Bracewell chipping out three with his spinners and captain Hamish Bennett zeroing in on the tail for 2-38 to finish the job in just the 44th over.