Stags topple Firebirds at the Basin 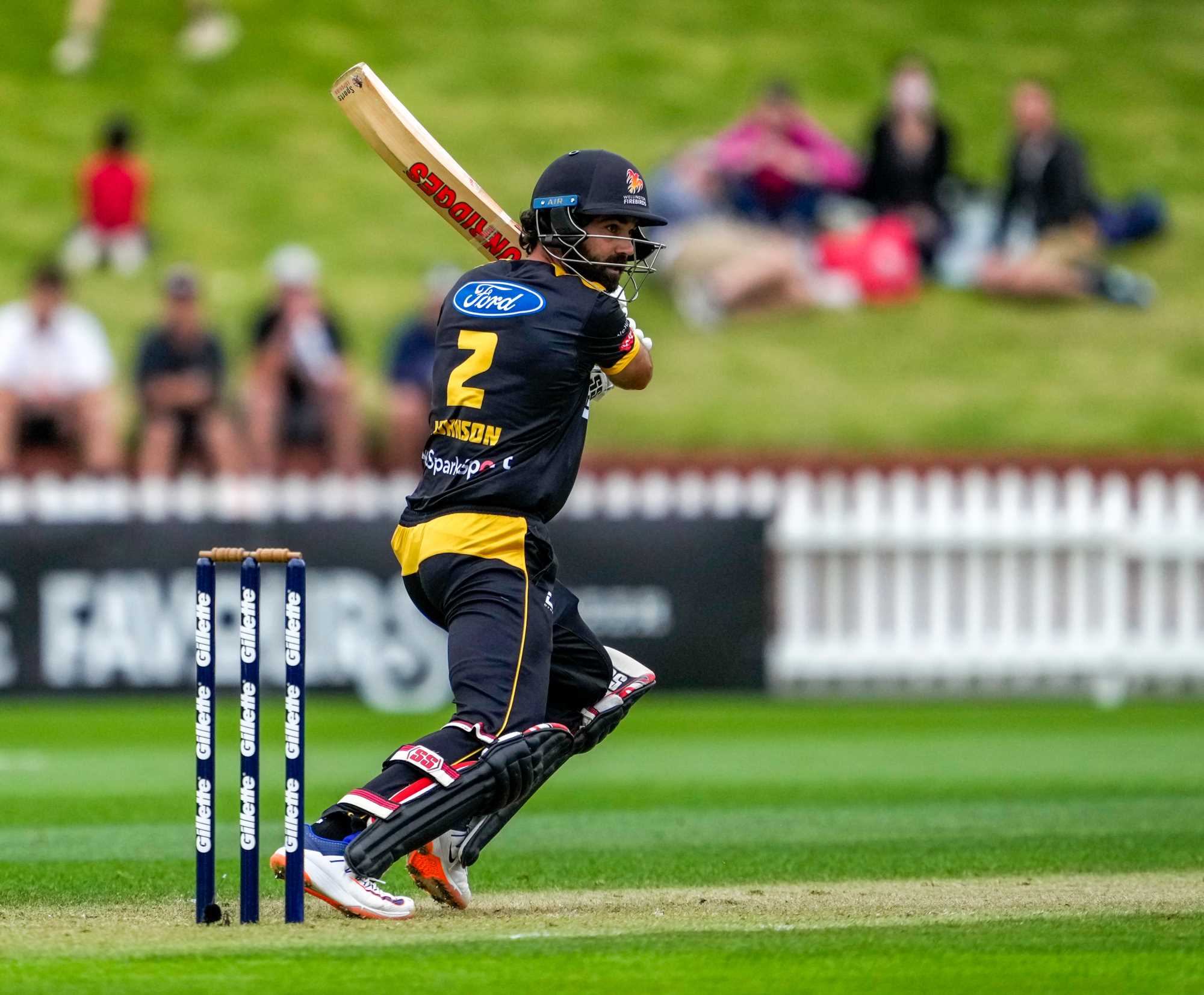 The Central Stags have dealt the Wellington Firebirds their first Dream11 Supe Smash defeat at the Cello Basin Reserve in two seasons with a 14-run win yesterday.

This time it was captain Tom Bruce and big-hitter Josh Clarkson stepping up after Wellington Firebirds captain Hamish Bennett had sent them in at the Cello Basin Reserve.

The Firebirds started well with the ball in the power play - chipping out three early wickets in Bayley Wiggins, Greg Hay (fresh off his half century in Dunedin) and the Stags' dangerous centurion from that first game, Dane Cleaver.

Cleaver (16 off nine) was a massive wicket for Logan van Beek, and off his very first delivery at 30/3 at the start of the fifth.

But just as Wellington Blaze had clawed their way back from a rocky start in the women's game, the Stags would pull off a power recovery.

It started with a cameo of 19 from Christian Leopard in tandem with captain Bruce that established their rhythm.

The pair took Central through to the halfway mark at 81/3 before Leopard was caught off Ben Sears by that man, the Basin favourite Logan van Beek.

Bruce and big-hitter Clarkson recombined and set to work on a century stand that defined the innings.

Both men reached half tons with Bruce first to raise his  bat off just 35 balls.

Then it was the heavy-hitter Clarkson's turn, off just 24 balls - including five sixes.

The fifth-wicket stand of 109 was just two runs shy of Ross Taylor and Dane Cleaver's Stags' wicket record, and the pair finished unbeaten on 69* (off 48 balls; Bruce) and 71* (off 31 balls, Clarkson).

The total of 190/4 laid down the challenge to the Firebirds who were without regular captain Michael Bracewell, having broken his finger in the last match.

But the hosts got off to a wobbly start with both opening batsmen, Finn Allen and Luke Georgeson, dismissed for golden ducks.

Doug Bracewell had accounted for them both in the first over of the chase.

Then Seth Rance swung in - literally - for the third as his in-swinger deceived Nick Greenwood at 19/3 in the fourth over.

Nathan Smith took on the Stags' attack, and injected some momentum into the chase with a promising cameo of 25 off 16.

But Ben Wheeler went bang-bang in the ninth over to put himself on an unconverted hat-trick, Jamie Gibson falling to spectacular one-handed sliding catch from Clarkson.

From 55/5, Troy Johnson and Tim Robinson had to find big runs, and fast.

Johnson rustled up a half century off 43 balls, and went on to a career-best score of 54, but the ask was great.

The Firebirds needed a big 70 runs from the last 26 balls, and Robinson had long since made way for van Beek at six down.

Bracewell and spinner Jayden Lennox kept the pressure on as the Firebirds just weren't permitted to emulate the Stags' escalation when it counted, at a brisk enough pace.

The defending champions found themselves in the unfamiliar position of being all but out of the equation as they headed into the death.

Van Beek wasn't throwing in the towel though, and entertained the crowd with some massive hits off Bracewell and Wheeler.

The Stags would take it comfortably, however, 16 runs having been needed off the last ball by the hosts who finished with 176/7, the visitors chalking up a 14-run win.