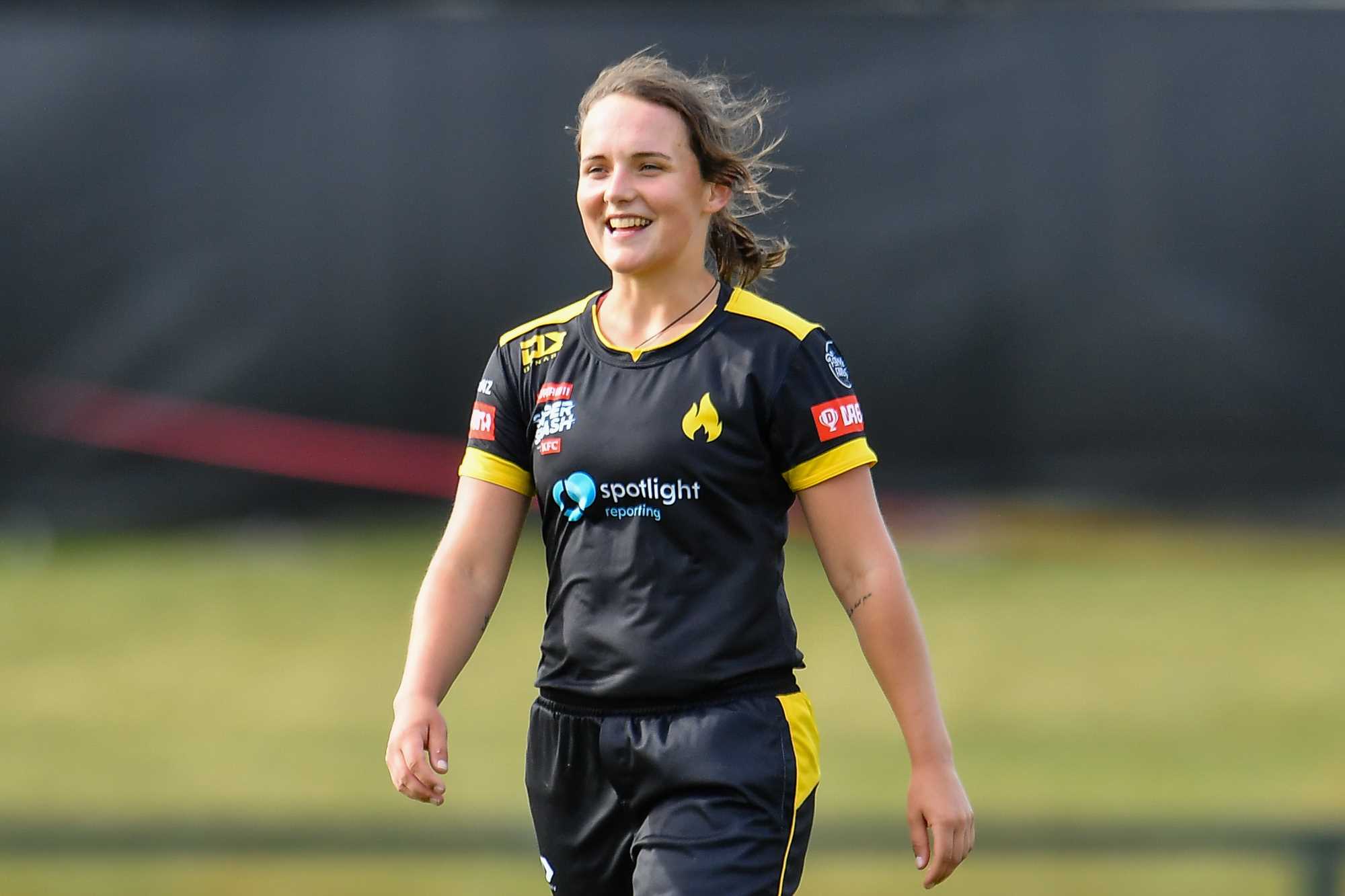 She did the job with bat and ball to make sure the Blaze blitzed defending champions the Canterbury Magicians first game of the season.

Mags captain Frankie Mackay had sent the visitors in for the exciting season opener at Hagley Oval between traditionally two of the strongest female teams, but the toss was about the only moment Canterbury won as Georgia Plimmer (34 off 25, below) and Kerr quickly got momentum flowing with a 31-stand for the second wicket.

Kerr came in during the third over, stayed for most of the innings, and reached her highest Blaze score of 71 off just 55 balls in the process.

After Blaze had slapped 145/6 on the board in their 20, the Magicians faced more Kerr magic and mischief as the young leg-spinner snaffled 4-12 off her four overs, including a T20 maiden over, to make life difficult for the hosts.

Home captain Mackay had a good personal game with bat and ball for the red and blacks.

She'd taken 3-23 with her off-spin, including her hundredth T20 wicket - the first bowler ever to do that for the Canterbury Magicians.

Then she top-scored with an unbeaten 41*, but that's where the good times ended - with the rest of her side rolled for a total of 101 in 19 overs for a big 44-run loss.

The defending champs in both formats, the Magicians have been uncharacteristically struggling in the one-day Hallyburton Johnstone Shield this summer, and now they will be anxious to turn things around quickly in the shorter format as well.