"I was speechless" - McFadyen

Newly contracted WHITE FERN Jess McFadyen said she was “speechless” when she received the news that she had been offered her first international contract.

When asked how she was feeling after receiving the news McFadyen said she was lost for words.

“I was pretty speechless when I was told to be honest,” she said.

“I’m in a really fortunate position where what has always been a dream is now a real goal – you’re always training for it, always working really hard to try and push your case and to now be offered a contract is an amazing feeling.”

McFadyen has enjoyed a successful couple of years on the domestic scene for the Blaze. She was the third leading run scorer in last summer's Hallyburton Johnstone Shield campaign with 397 runs and played an important role in the Dream11 Super Smash as the Blaze reached the Grand Final for a fourth consecutive season.

She also registered the eighth highest ever New Zealand women's List A score with 153 not out against Otago in the 2019-20 season.

McFadyen also highlighted the motivation she gains from working with her fellow Blaze international teammates such as Sophie Devine, Maddy Green and Amelia Kerr.

“Their work ethic, professionalism and the way they go about their job every day is really motivating, they’re full professional athletes and having them around the group and coming into trainings with them and seeing how they work is awesome and gives you someone to look up to.

“There’s a lot of young players in our Blaze group at the moment and we’re all in awe of their professionalism and commitment, so it’s a really motivating factor when you’re around them.”

Blaze allrounder Thamsyn Newton is another new face on the WHITE FERNS contract list, returning to the group having previously been contracted between 2016 and 2018.

“It’s really exciting to be back involved,” she said.

“I’ve obviously been in the mix a couple of years ago and then took some time away from the game and picked up some new hobbies.

“It’s an awesome opportunity to come back and I’m looking forward to working with the group and building over the next twelve months. 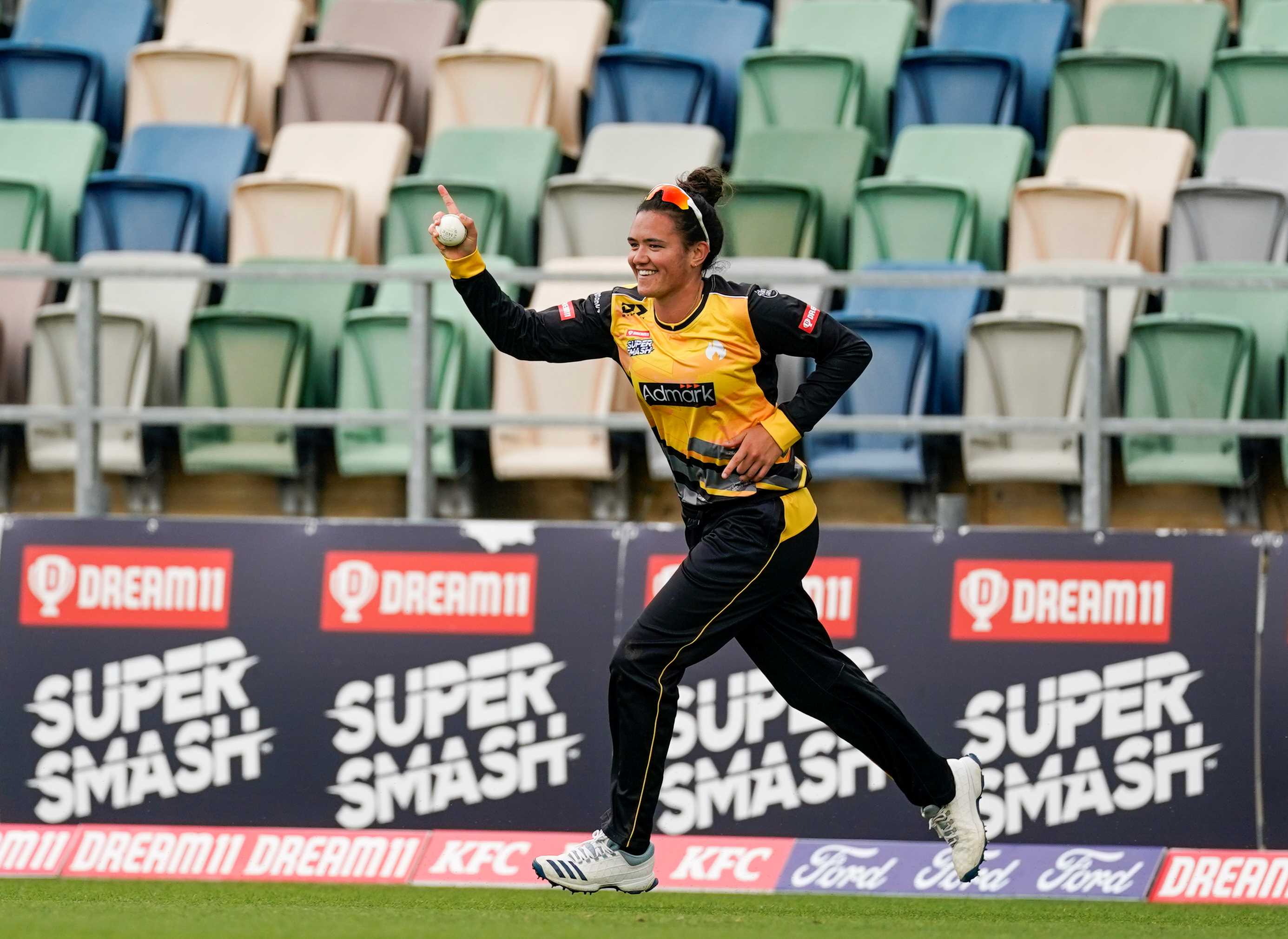 Newton said the two years out of the international set up had given her time to get away and re-focus on her goals as a cricketer.

“I think ultimately playing sport for my country has always been something that I’ve wanted to do, so there was never any doubt in my mind that I wanted to get back in this group, so it’s nice now to be rewarded with that opportunity.

“The time away gave me time to focus on what I wanted to do outside of cricket.

“Last time I was in a position where I was also studying and everything I did was focused on cricket and there wasn’t much outside that, so to be able to get away from the game and learn a bit more about myself has made me fall back in love with the game.”

The allrounder also said she was eyeing the upcoming ICC Women’s World Cup in March and admitted she was “desperate” to be involved.

“Being involved in this group and receiving a contract is exciting, but I want to be out there playing cricket, I don’t want to be sitting on the sideline.

“I think it’s only come into my mind the past year how much I really, truly want to win a World Cup and to do that on home soil would take the cake.

“I just want to make sure that I put my best foot forward, I know I can bring a lot of athleticism to the team but ultimately it’s my cricket that needs to get better to ensure I’m in that World Cup squad and in that playing eleven.”

The WHITE FERNS begin their winter training programme with a camp at Lincoln University, starting on June 7.