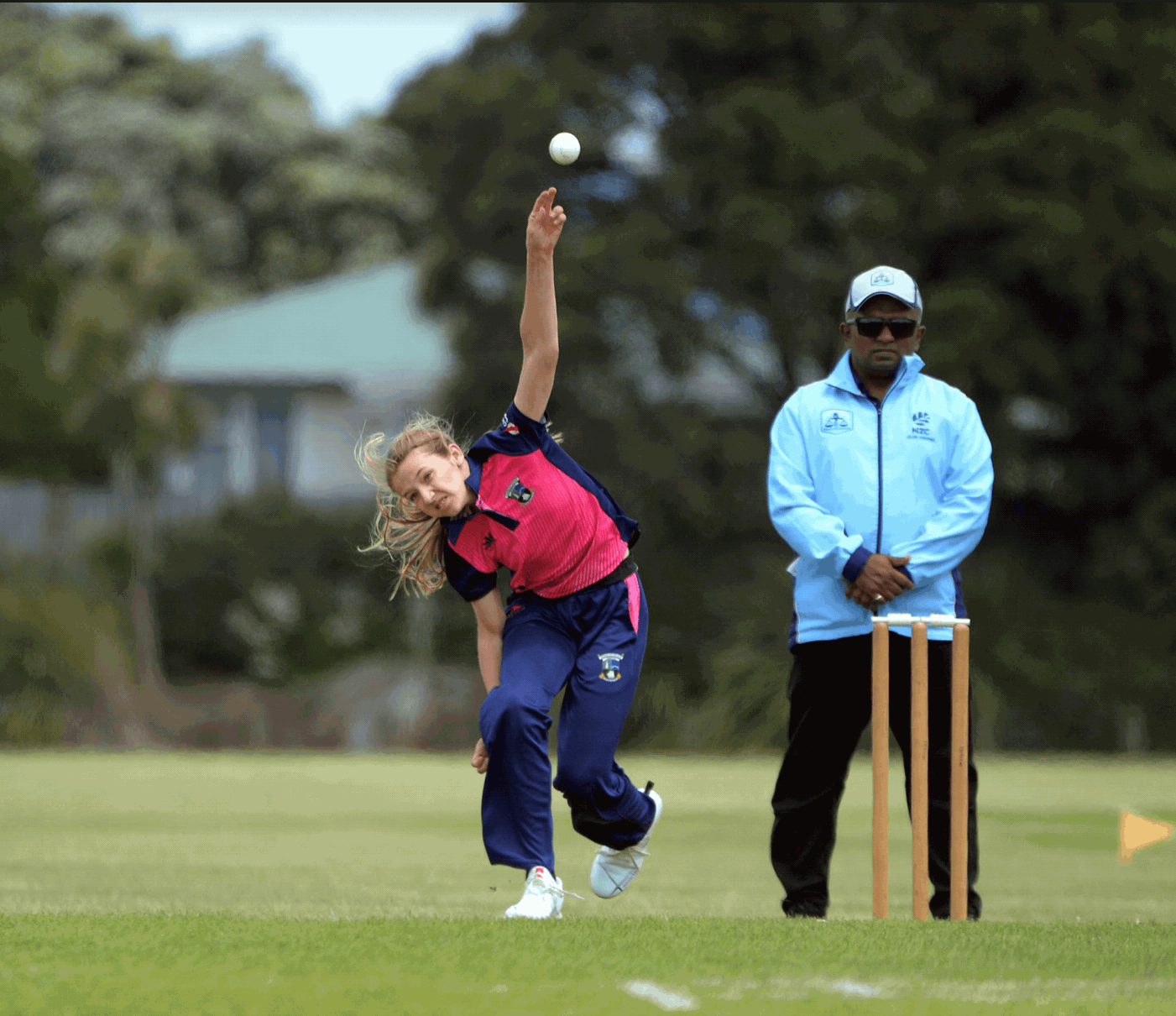 North City won the toss and bowled first. They got off to a great start, when Ava Conroy got the key wicket of Hannah Francis in the sixth over for 11. Anya Birmingham struck twice in the 10th and 12th overs, bowling Caitlin King and getting Esme Olney-Boyd caught behind, to put Petone on 40-3.

Katie Mackenzie bowled Lily Campbell in the next over, putting North City in a great position. Anya Birmingham picked up her third wicket of the match in the 16th over when she had Phoebe Campbell out caught.

Charlotte Leach and Bree James fought back with a 26 run partnership, until Leach was stumped off Joanne Wawatai for 12. James fell five overs later, when she was bowled by Conroy for 12 as well, taking Petone to 90-7.

Petone needed early wickets and they got one in the seventh over, when Hannah Francis had Neharika Ramanathan out caught for 10. Other opener Ashleigh Henderson was out caught four overs later by Carys Seddon, putting North City at 31-2.

Two wickets occurred in the 12th over, when Caitlin King bowled Ava Conroy and Hannah Francis ran out Zoe Yeo to give Petone some momentum. Five balls later, North City captain Williams was given out LBW to Seddon, with North City now on 34-5.

16 was added for the sixth wicket, until Bree James bowled Anya Birmingham in the 19th over. Seven overs later, Joanne Wawatai was bowled by Caitlin King for 4. King bowled both Isla McKenzie and Sophia Fouhy to finish with figures of 4-10, with Petone needing just one wicket for victory.

In the 31st over they got the wicket, when Hannah Francis bowled Ariana Lock to bowl out North City for 70, giving Petone the stunning 38 run win.

Both Upper Hutt opening batters were out in the first ten overs, with Hannah Ryan out caught by Abby Carr and Jamie Mason-Jones out caught by Nicole Baird, putting the batting side on 37-2 after ten overs.

45 runs were added between Rachel Bryant and Natasha Codyre for the third wicket, until Bryant was bowled by Amanda Cooper for 19. Codyre was finally out in the 24th over, out caught by Isla Shanks for 41 off 35 balls in a great knock.

Three overs later, Bella Quin was run out by Baird, putting the score at 131-5. Cooper returned to the bowling crease and took two more wickets, Emma Barrin-Orriss caught behind and Kayla Knox bowled, giving her figures of 3-39.

Beth Molony bowled Kendyll Cooper in the 37th over with the score at 161-8. Kate Chandler was run out by Gretchen McAleer on the second to last ball of the innings, finishing on 50 off 68 in a game-changing knock, getting her side to a strong total of 174-9.

Natasha Codyre got the defence off to a great start, getting Anna Martin out LBW in the seventh over. Two overs later, she struck again with the crucial wicket of Florence Marshall caught and bowled for 27 off 31 balls.

The next over Mandi Lanceley got Beth Molony out caught, with Collegians on 41-3. Kayla Knox bowled Amanda Cooper in the 11th over, putting Upper Hutt in a great position. 26 runs were added for the fifth wicket, until Eva Hay was bowled by Seyara Surendra for 13.

34 runs between Nicole Baird and Zoe Wishnowsky allowed Collegians to get back into the game, however Chandler bowled Wishnowsky in the 25th over to swing the game towards Upper Hutt’s favour.

McAleer was caught behind off Lanceley three overs later, putting Collegians on 124-7. Both Abby Carr and Kahlyss Boyer were caught, Carr from Chandler and Boyer from Lanceley, to give Upper Hutt just one more wicket to win.

Ivy Robinson was caught behind in the 38th over, with Collegians falling just 14 runs short of Upper Hutt’s total and Nicole Baird being left stranded on 72 off 92 balls not out, so close to victory.