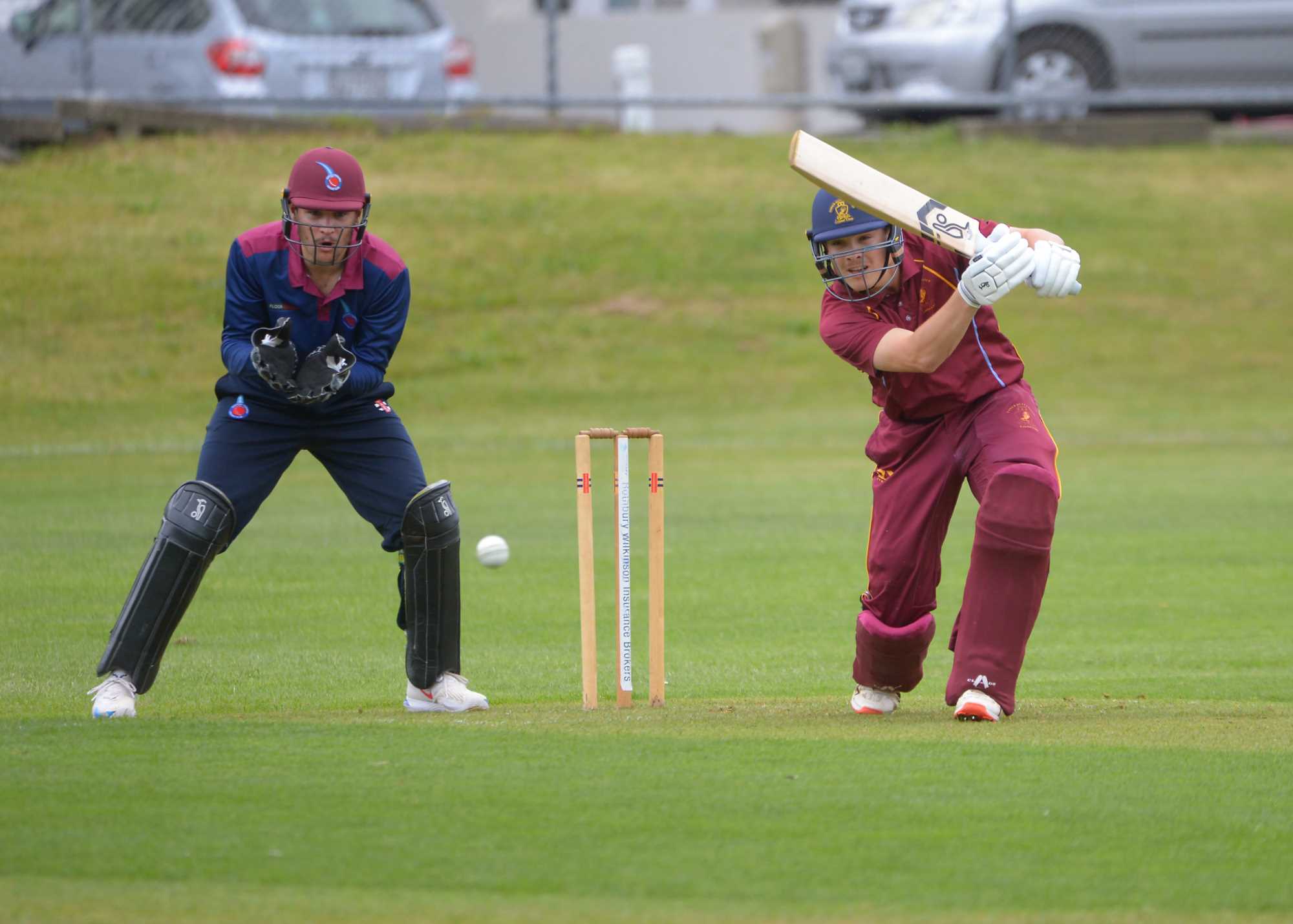 One match each in the Ewen Chatfield and Hazlett Trophies were played this weekend, due to poor weather conditions.

Eastern Suburbs elected to bowl first and got the big wicket of Callum McLachlan in the tenth over, when Jimad Khan ran him out for 17. Fraser Colson had Thomas Jones out LBW five overs later, making the score 52-2.

Spinner Felix Murray got two wickets in quick succession, Jay Patel caught behind and Shivang Choudhary out caught. Jimad Khan had another run out, getting the dangerous Nish Desai, with the score at 90-5.

Jed Wiggins bowled well and got two middle order wickets. Bhavik Patel was out caught and bowled, then the Wiggins brothers combined, with Nate catching Charlie Wilson off Jed’s bowling.

Murray took his third wicket when he had Tyler Simpson out caught. He then got a crucial run out, Navroz Singh, for 45. Singh was crucial in Upper Hutt getting a competitive total, 161 all out, after Nate Wiggins got Thijs Turner out caught.

Upper Hutt needed early wickets and they got plenty in the first ten overs, thanks to Nish Desai. He had Lauchie Johns out caught and Jacob Logan out LBW to have Easts 27-2.

A couple of overs later, Desai had Fraser Colson and Dilakshan Sasikumar both out caught behind. Jimad Khan was bowled by Desai in the same over to put Easts 45-5, with Desai’s figures finishing on 5-35.

Easts rebuilt with a 46 run partnership, until Nate Wiggins was out caught behind for 23. Lahiru Sandeep had Kaleb Gilhooly out LBW a couple overs later, with Easts on 92-7.

Sandeep bowled Josh Ormrod six overs later. Jed Wiggins and Felix Murray swung the game with a 40 run partnership, until Murray was out LBW from Sandeep’s bowling for 28.

Wiggins was caught and bowled off Sandeep, finishing on 52. This was their last wicket, falling 12 runs short of Upper Hutt’s total, in a highly competitive game. Sandeep finished on 4-12, in a match-winning spell.

In a shortened 35 over match, Victoria University won the toss and elected to bat.

They got off to a great start, 53 after six overs, until Ben Strang was out caught off Vivek Lala’s bowling for 16.

46 runs were added for the second wicket, then Robbie Selbie got out LBW from Adi Ogra, scoring 54 off 44 balls. Rhys Bayly fell soon after for 40 off 29 balls, out caught behind by Euan McNaught’s bowling.

Anubhav Thapa got the key wicket of Victoria University captain Matt Fowler, out caught for 34. Connor Jarden was then run out by Louis Worthington, taking the score to 173-5 after 25 overs.

A ball later, Thapa bowled Isaac Snell for 15. Jimmy Thompson looked dangerous, until he was out stumped for another Thapa wicket, scoring 23 off 10 balls. Two overs later, Toby Jeffery was out caught off Thapa’s bowling, putting Victoria University at 209-8.

Lala picked up the wicket of Lewys Jones at the death, out caught. Amer Hussain finished not out on 29 off 17 balls, with Victoria University finishing up on 246-9 after their 35 overs.

It was always going to be a tough chase for Collegians and it was made even tougher when Matthew Vercoe-Curtis was out caught by Jimmy Thompson in the fourth over.

Louis Worthington and Adi Ogra put 66 runs for the second wicket, until Worthington was out caught and bowled by Thompson.

Toby Jeffery got Scott Oldham out caught in the 16th over, then two overs later Ogra was out LBW by Amer Hussain for 30.

Hussain bowled an incredible spell, bowling both Thapa and Samson Sola in the space of two overs. Samrat Sengupta was then out caught off the bowling of Brett McBride, putting Collegians in trouble at 123-8.

Hussain picked up another wicket, Senthil Salvaratnam, out caught behind, finishing with figures of 4/20, in a game-changing spell. Jimmy Thompson bowled Vivek Lala to bowl out Collegians for 145, in a clinical win for Victoria University.