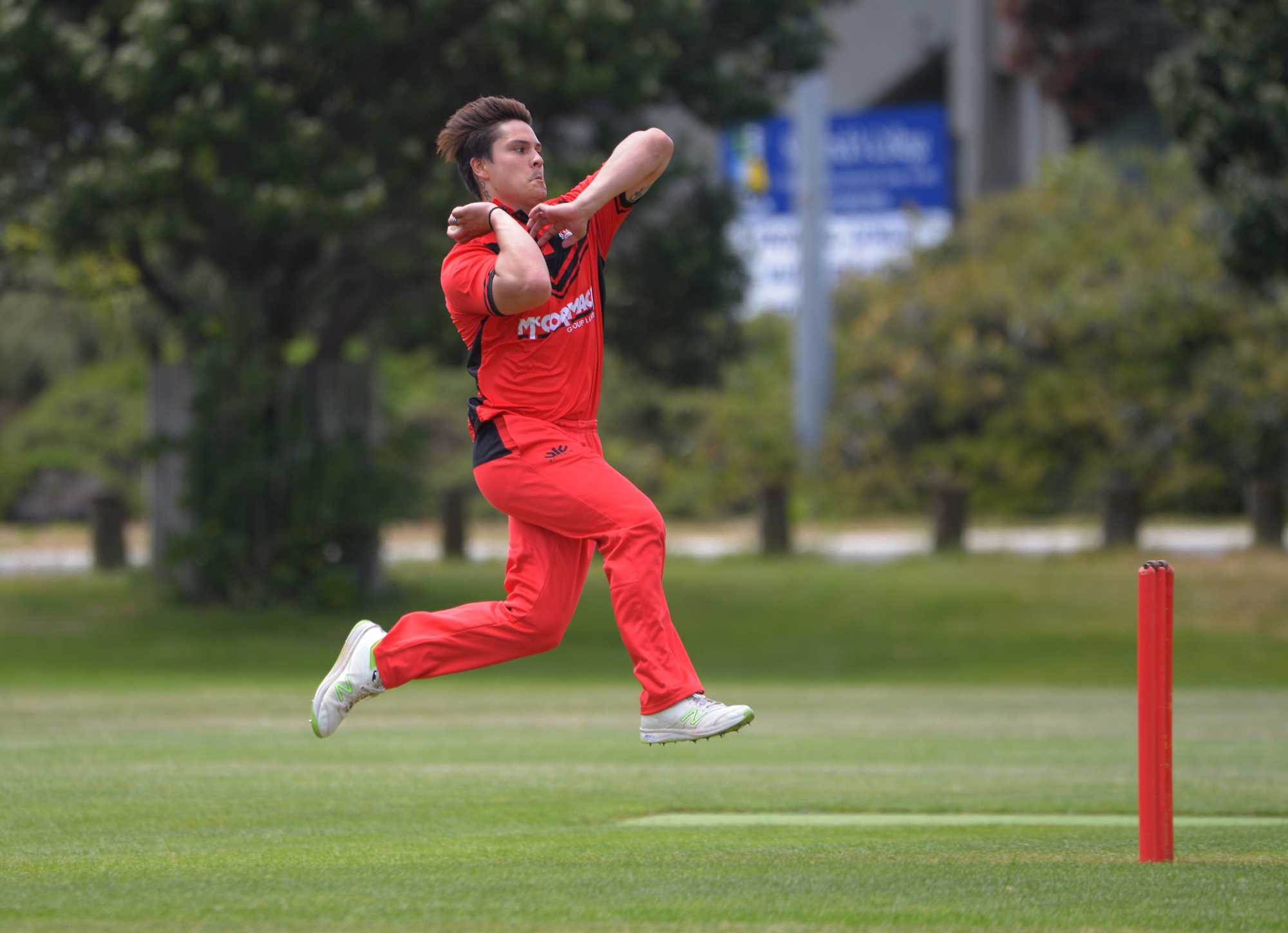 The halfway mark of the Ewen Chatfield Trophy is nearly upon us, with Round Five to be played this weekend.

Eastern Suburbs play Upper Hutt in a rematch of their T20 Cup semi final, finals contenders Johnsonville and Karori face off and unbeaten Taita play winless Onslow in what looks to be an exciting round.

The two most recent teams to get promoted into the Ewen Chatfield Trophy, both Eastern Suburbs and Upper Hutt will be wanting a win here to avoid relegation.

Eastern Suburbs have lost both their matches so far in this competition, however both games have been extremely close. They lost to Karori by 16 runs in round three and last weekend Taita beat them by just two wickets.

Jacob Logan has been impactful for Easts this season as an opening batter and left arm spin bowler. Last weekend against Taita he scored 52 and took 1/34 in a strong all-round performance. He can influence this match against Upper Hutt with both bat and ball.

Upper Hutt are currently sitting in fourth place, with one win and two losses. Last weekend they lost to Karori by 53 runs, with new recruit Shivang Choudhary taking 2/42. He has been a handy pickup, having scored 96 runs and four wickets in three matches for the club.

On a ground that has favoured spinners heavily this season, Bhavik Patel becomes a key player in this match. Last season, he took 14 wickets at an average of 15 and will be crucial in this fixture against Eastern Suburbs.

The second and third placed teams in the competition, Karori and Johnsonville, face off in a match that may have major ramifications on who makes the final.

Johnsonville are coming off a low-scoring four wicket victory against Onslow last weekend. Their pace bowlers were impressive again, with Max Petrie taking 3/28 in a strong spell. He plays against his former side in this match, adding another element to this fixture.

In the close match against Onslow, Josh Mann held his nerve and scored 47 off 48 not out with the bat. Last season he was a handy all-rounder, being in the top 25 for both runs scored and wickets taken. This weekend gives him another opportunity to provide for his team.

Karori are unbeaten thus far in the competition, with two wins. Last weekend they beat Upper Hutt by 53 runs, with former Wellington Under 19 batter Sam French scoring 63. He has the potential to be a match-winner again in this clash as a middle order batter.

Daniel Pile has been the key bowler for Karori in this competition. He is the fifth top wicket taker, with six wickets. Pile’s form with the ball is crucial to Karori’s fortunes and he will need to be at his best against Johnsonville.

Bottom placed Onslow hosts unbeaten Taita, in a fascinating clash. Onslow will need to step up against Taita, who have looked strong in all facets of the game so far this season.

Onslow has been strong with the ball this season. Much of their bowling success has been due to Daniel Rose, who has taken seven wickets in two matches. Another strong performance from Rose could lead to an Onslow upset.

With Onslow’s batting struggling, it is crucial for their experienced players to score runs. Sam Keegan was tenth last season in runs scored, with 180 runs. This match against Taita gives him the perfect opportunity to turn his luck around this season and get Onslow their first win.

Taita has been dominant with the bat this season. Mitch Scott is the competition’s second top run scorer with 113 runs. Scoring runs against a strong Onslow bowling attack is a tough task, but his form has shown that he can have big scores against any team.

Their bowling has been strong as well, where they have bowled out both Johnsonville and Eastern Suburbs. Matt Kelly has been a key reason for that, having taken five wickets in two matches. He could take a major haul against the struggling Onslow batting lineup.

Round five of the Hazlett Trophy looks to be highly competitive, with battles between first and second, third versus fourth and fifth versus sixth.

With the ladder currently so tight, winning here could boost a team up the ladder by several spots. The results of these round five fixtures will be very important to the final standings.

Unbeaten Hutt District plays second placed Petone in an exciting clash. No team has come close to Hutt District so far, but Petone has the talent to upset them and win in this fixture.

Hutt District’s batting has been elite this season, with their opening batting Sam Mycock ascoring two centuries in just three matches. He currently is the competition’s top run scorer by a long way, with 245 runs.

The side have not just been a dominant batting side though, they also have some high quality bowlers, like Will Brunton. He has taken nine wickets in just three matches, making him the leading wicket taker in the competition. Brunton is crucial in restricting the strong Petone batting lineup.

Petone had a major upset win against North City last weekend and are in excellent form. Their wicketkeeper, Nathan Sterling, had a match-winning knock of 73 not out to get the side home. He is a dangerous batter in this clash that Hutt District must get out early.

Scott Jones has been a star bowler for Petone this season, having taken five wickets at an average of just nine. Hutt District has an exceptional batting lineup, but Jones has the ability to take wickets and restrict them to a low total.

A mid-table battle between third and fourth place occurs in round five, when Victoria University and Collegians face off.

Collegians had a tense 12 run win against Naenae, their first of the season. Much of this was due to the bowling of Vivek Lala, who rolled through Naenae’s top order, taking 4/24. He is a player to watch in this match against a solid Victoria University batting lineup.

This fixture was played in the T20 competition, where Victoria University won by six wickets. Collegians opening batter Louis Worthington was impressive in that match though, scoring 81 off 53 balls.

Victoria University has one win from two matches. Last weekend they lost to the unbeaten Hutt District by 39 runs. Ben Strang was explosive, scoring 62 off 58 balls. His form with the bat is crucial to the side’s fortunes.

Tom Valentine has been the sides top wicket taker this season, with four wickets. He did not get to play Collegians in the T20, so he will be the side’s secret weapon here. This fixture looks to be as high scoring as the T20, but Valentine will help to restrict Collegians slightly.

Fifth placed North City play sixth placed Naenae, with both sides needing the win here to move up the ladder and gain momentum.

Naenae got really close to Collegians last weekend, losing by 12 runs. Ryan Jackson cemented himself as a genuine all-rounder, scoring 61 and almost getting the side home. He should influence this match against North City with both bat and ball.

Another all-rounder who has been handy for Naenae this season is Gurpreet Singh Panesar. He is top 15 in both runs scored (105) and wickets taken (4) and will be a key wicket for North City to get.

North City had a great win in round one, however they have lost their last two matches. Last weekend, Petone beat them, but there were some promising signs, like captain Samuel Millmow scoring 68 off 78 not out.

In that same game, leg spinner Stuart Veitch bowled a game-changing innings of 4/25. It did not lead to the win, however it is promising to see him taking wickets. This match against Naenae is a great opportunity for him to continue that form.