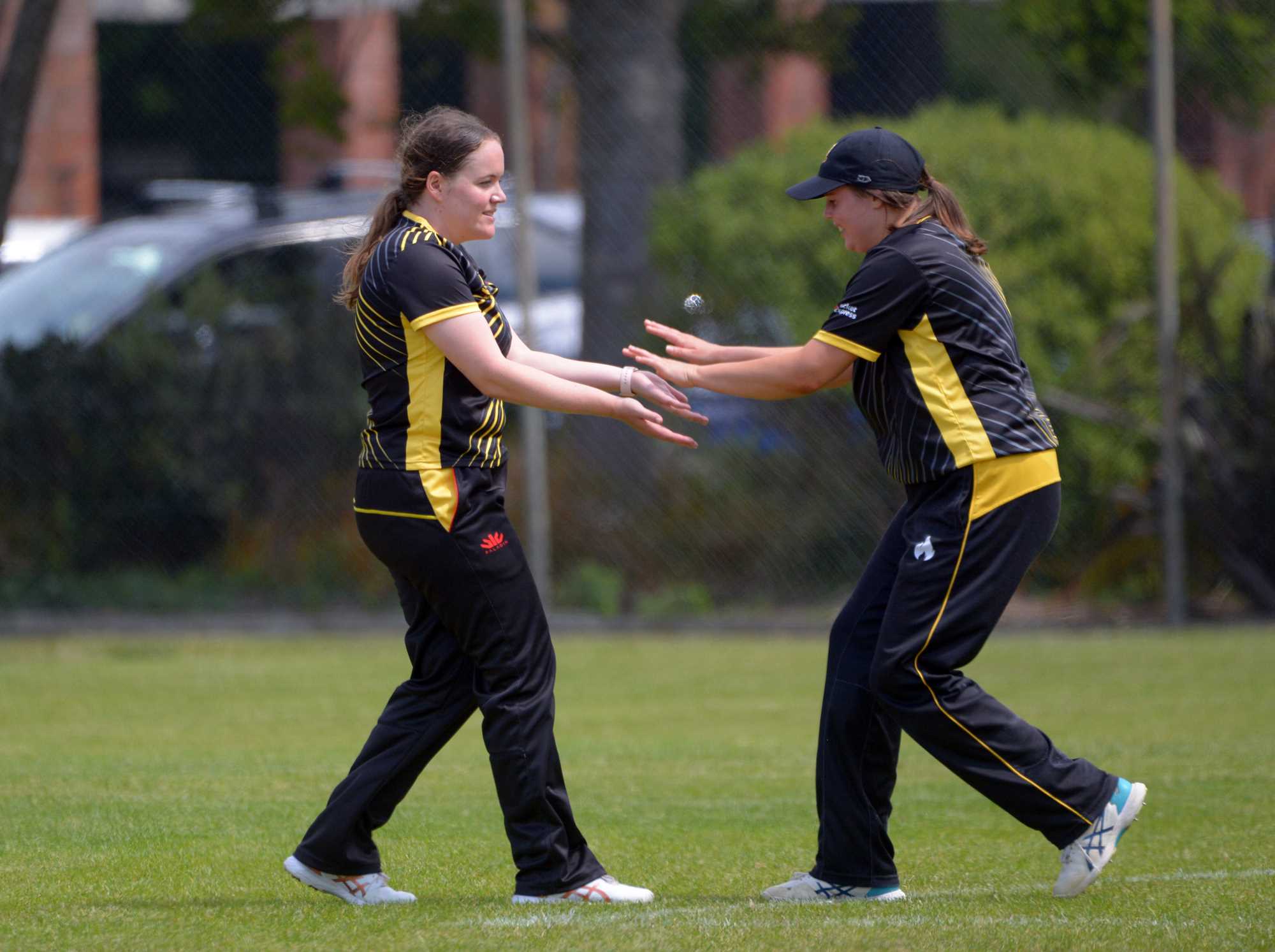 Seeking their first win of the season, reigning champions Collegians choose to bat first. They lost an early wicket when Hannah Hickey was bowled by North City Captain Phoenix Williams in the third over.

Ava Conroy had Anna Martin out caught, then in the next over Amy Johnson got Dani Brearton out caught, putting Collegians at 84-4.

Johnson picked up the wicket of Zoe Wishnowsky in the 18th over. Then, opener Florence Marshall and Amanda Cooper combined for 46 run partnership until Cooper was out LBW by Sophia Fouhy for 24.

Nicole Baird and Marshall scored 75 runs in a game-changing partnership. Baird was out caught by Anya Birmingham in the 36th over for 33.

Florence Marshall finished on 102 off 100 balls not out in a stunning display of batting. She was crucial to the side’s success last season and this innings may be the turning point of the season for Collegians.

Isla Shanks picked up the crucial wicket of Neharika Ramanathan in the tenth over, getting the side off to a great start. Gretchen McAleer bowled a great spell, taking three quick wickets, putting North City at 60-4.

Nicole Baird had Isla McKenzie out LBW an over after, with Collegians in control. Phoenix Williams and Zoe Yeo had a 55 run partnership, until McAleer bowled Yeo for 13.

Beth Molony took two wickets in two balls, both bowled, to give Collegians a great chance of winning. McAleer got the last two wickets, including Williams who scored 42, to give her side an incredible victory.

Marshall’s 102* and McAleer’s 6/34 were instrumental in this victory, which is Collegians first win of the season. This could be the platform they need to gain momentum in this competition.

Petone elected to bowl first and may have regretted that decision when openers Antonia Hamilton and Hannah Kells put on 138 for the first wicket, until Hamilton was retired hurt.

Charlotte Leach then got two quick wickets, Emma Austin and Grace Kitchen, both bowled. Caitlin King got two wickets after that, Olivia Boivin and Alex Peters, turning the momentum Petone’s way at 158-4.

Lily Campbell had Beth Tretheway out caught then Charlotte Leach got another wicket, Deanna Doughty, caught and bowled.

Opener Hannah Kells continued to bat well and she carried her bat, finishing on 96 off 118 balls not out. Her innings was incredibly intelligent, leading her side to a great total of 220/6.

In the first over of Petone’s chase they lost Juliette Langley, who was bowled by Tretheway. 92 runs were put on by Hannah Francis and Caitlin King, until King was out LBW by Boivin for 52.

Tretheway took two wickets of the middle order, Esme Olney-Boyd and Hanna Turner, to swing the match in the favour of Hutt District.

Kells bowled Phoebe Campbell, then Francis and Leach ran out of overs, with Petone finishing 58 runs short. Francis scored 55 not out and looked likely, but just didn’t have enough overs.

Upper Hutt elected to bat first but found it tough early on, with Jamie Mason-Jones getting out caught in the eighth over by Dhriti Girish.

Megan Macrae got three wickets in the middle order, Rachel Bryant and Mandi Lanceley bowled, as well as Kayla Knox out caught, making the score 121-7.

Dhriti Girish picked up two more wickets, both bowled, to bowl out Upper Hutt for 137.

It was always going to be an interesting chase and Allie Philp picked up two wickets in the third over to have Johnsonville 9-2.

Olivia Macrae was bowled by Kendyll Cooper, then Philp had Jeneesha Maisuria out LBW, putting Johnsonville in a tough spot at 23-4.

Kayla Knox got the big wicket of Johnsonville captain Annissa Greenlees out caught for eight. Priyanaz Chatterji was looking likely to win the match for her side, until she was out LBW by Mandi Lancely for 33.

Bryant, Cooper, Lancely and Philp rolled through the tail, with each one of them getting a wicket, to bowl out Johnsonville 18 runs short of the total.

Philp ended on 4/17 in a match-winning spell that stopped Johnsonville from chasing down the total.